I’ve got a few minutes here during Porter’s first nap (and before we head back out again to go hike – if my legs will move again) so I’ll do a real quick race recap.  If you’re short on time, I’ll sum it up –> what a awesomely fun race!  If you ever have the opportunity to run the Bolder Boulder, DO IT!

About the Bolder Boulder

The Bolder Boulder is touted as the BEST 10k race in the country.  I want to say it’s also the LARGEST (but don’t quote me on that); every year, there are around 50,000 participants (!!!).  The atmosphere is LAID BACK and FUN!  While there are those who choose to race the course (me), a lot of people jog or walk.  Along the 6 mile route, there were live bands, spectators cheering and just an overall FUN atmosphere to be running through.  Spectators were handing out beer, bacon and other Boulder goodies (

The course meanders through the heart of Boulder, through some beautiful neighborhoods and ends at CU’s Folsom Stadium.  As you enter the stadium, the seats are packed with screaming friends and family – you can’t help but smile the entire time.

I signed up for the race on a whim.  Travis was actually the one who encouraged me to race; he’s always been so supportive of these types of things.  The timing was perfect so I just had to sign up.

In order to race, I had to show a qualifying time from a previous race (in the last year).  Well, I think my last race was over two years ago so that meant I had to “qualify.”  This meant going to the Bolder Boulder store and running two miles on their treadmill. 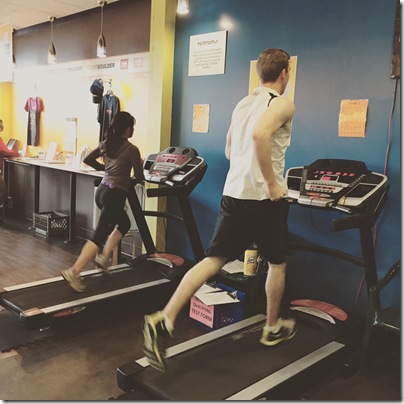 I was nervous and excited all at the same time.  I know I can run 2 miles pretty fast but wasn’t sure how that would translate over to 6 miles.  I can’t remember the last time I ran 6 miles all in a row.  Anyway, I ended up running pretty well and was seeded in the CA group (which started at exactly 7:02:10.)

Race day started bright and early with a 6am alarm clock blaring from my phone.  After a really rough night with Porter (he just can’t seem to get used to being here), I hit snooze a couple of times.  Whoops.  I knew we needed to be in the car by 6:30am so I sucked it up and got ready.  We were off in record time.  Since the race meanders throughout Boulder, some roads were open and some were closed off.  Travis ended up dropping me off about a mile away from the starting line and I walked the rest of the way.

As I got closer to the start, I saw ALLLLL the people.  Nerves definitely kicked in and I scrambled to find my corral.  I looked down at my phone and had two minutes to spare before we were off….so naturally, I asked someone to take my picture. 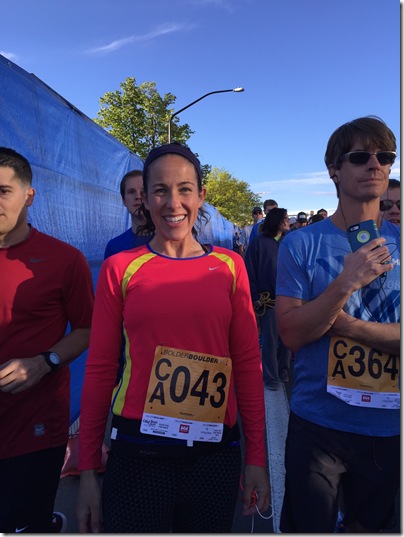 lol at that crooked bib.

The race was exceptionally well organized so my corral started at 7:02:10 on the dot.  The first three miles FLEW BY and I was even able to take a few pictures and post a video to FB. 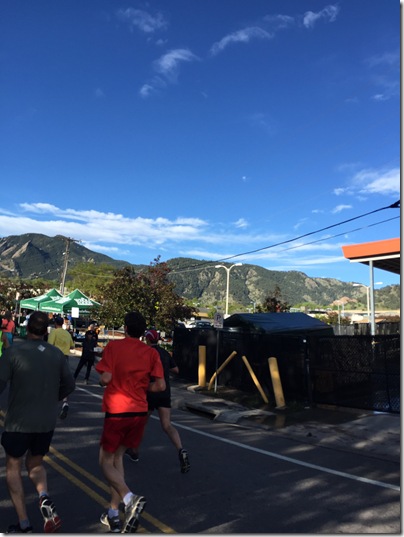 There were bands and live music at every .25 mile interval but I listened to the running playlist that I’d prepared.  Around mile four though, I started to lose my steam.  I wanted so badly to stop and walk just for a second but instead, focused on my surroundings, found a girl who’d been with me from the start and we kind of did that unspoken thing where you run together (it’s the best, right?!).  Miles five and six were pretty breezy and I fell into my groove.  Before I knew it, I was making my way into Folsom Stadium. 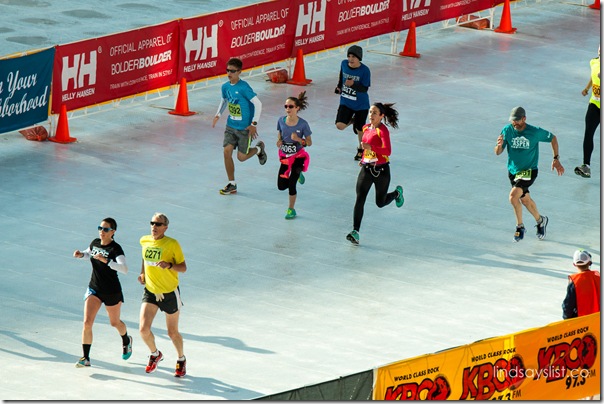 The feel of that stadium….there are no words.  It had this electric energy.  I pretty much sprinted to the finish line, smiling from ear to ear.  Best feeling ever.  (then I nearly puked) 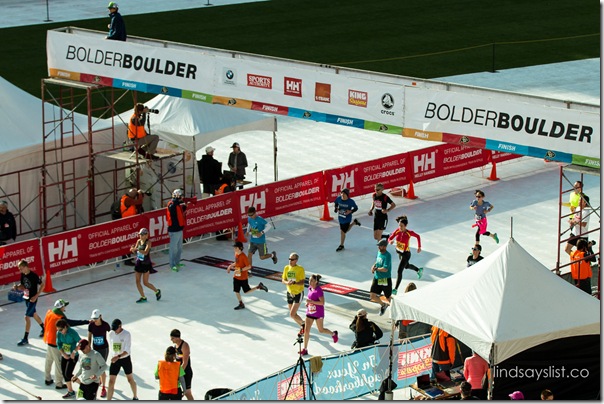 Travis and the kids were waiting right at the finish line but it took us a while to meet up (soooo many people).  I kept hearing, “Mama, mama” and looked up to see this cute mohawked kid.  I love that Travis captured these shots – thanks babe. 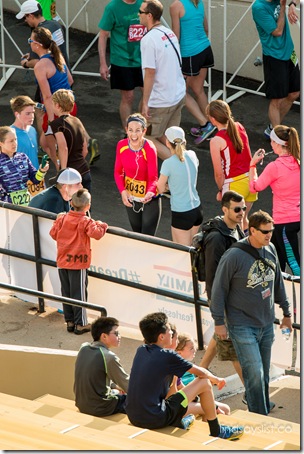 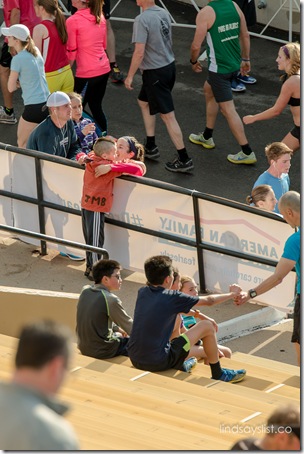 After the race, I gathered my swag bag and we perused the expo.  There were some amazing companies out there and we collected a ton of freebies.  After about 30 minutes of walking around, we made our way to the car and headed home for Porter’s morning nap (and a shower for me). 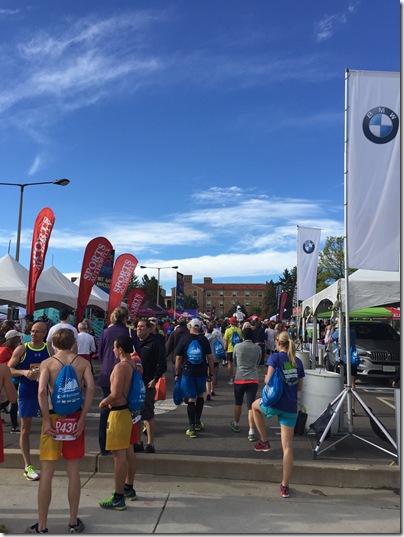 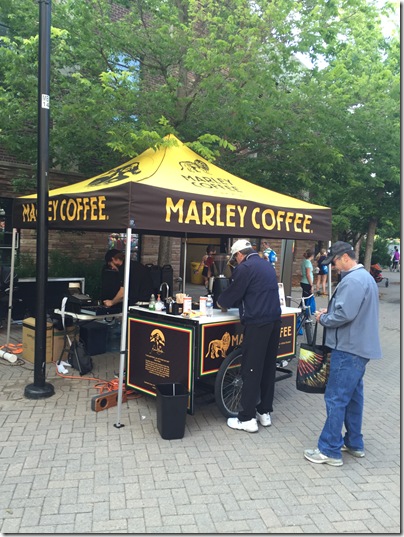 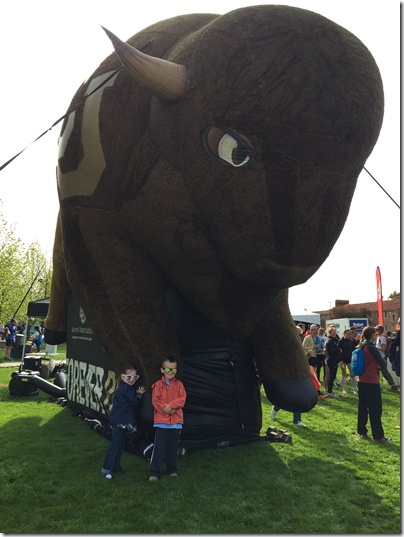 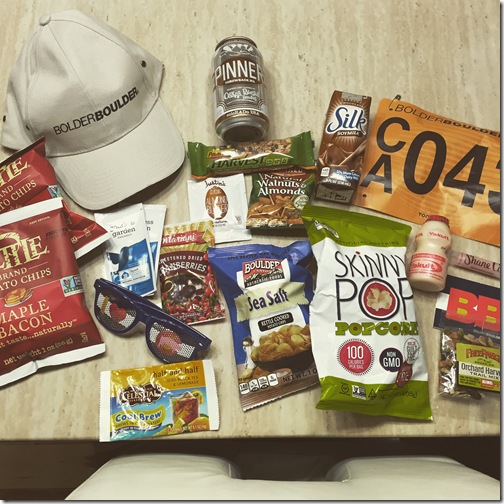 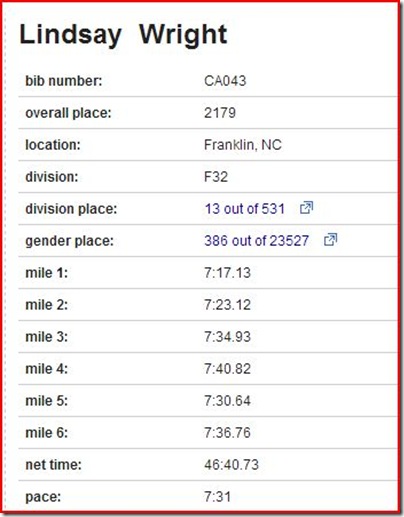 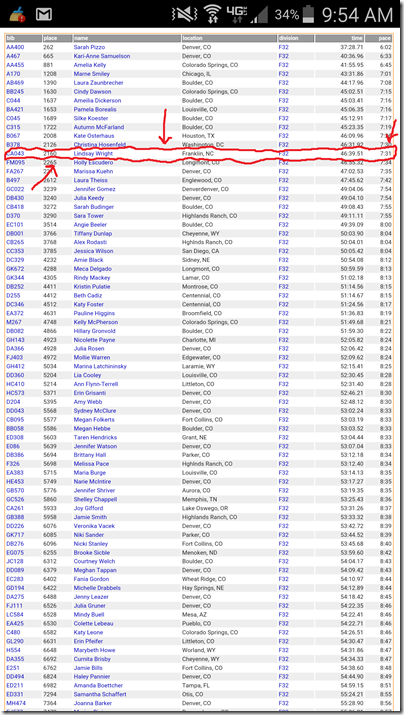 In summary, the Bolder Boulder 10k was an awesome race.  Well organized and thoroughly FUN. I’d run it again in a heartbeat!