First off, thank you for all of the birthday wishes for Porter!  He says thank you, only it sounds like “da da” but I’m pretty sure we all know he’s a polite guy.  Since his party is on Saturday, yesterday was a pretty chill day on the birthday front.  Henry and Clara insisted on doing something (anything) special so we ended up going to the store and getting two kinds of ice cream, sprinkles and whipped cream.  We spent the evening singing happy birthday, eating ice cream and watching movies.  Great fun was had.

Thinking back over the past year, I got a little teary eyed.  So much has changed for our family since Porter’s birth and I wanted to record some of those things so I can look back later.

Life With Three – Lessons Learned Over The Past Year 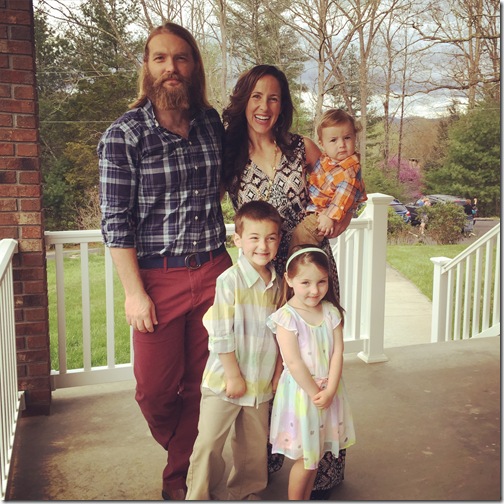 1.  Three kids are easier than two.

Maybe it’s just me but I think the transition from two to three kids was much easier than going from one to two.  I think it helps that Henry is now at a very helpful age – he can go get diapers, help with simple chores and watch Clara while I’m tending to Porter.  They also entertain Porter SO much – it allows me the chance to stay on top of any chores I have.

2.  Being a mama is hard and you don’t have to apologize.

I know that I judged moms (and especially stay-at-home moms) when I was younger.  They’re always tired and complaining and frazzled.

Uhhh, now I know why.  Being a mama is hard work.  There are SO many facets to the job and it’s never ending.  Most days end with me plopping down on the couch and praying that I do better tomorrow.  Also, I feel like I need to say this – it’s totally ok to say these things out loud.  That it’s hard.  You don’t have to add the “but it’s SO worth it.”  That’s a given – of course it’s worth it.  You’re allowed to say that it’s difficult and end the sentence.  That’s not complaining – it’s called telling the truth.  Just throwing that out there for anyone wondering if they’re alone or wimpy.  You’re not.)

Cliché phrase but so true – the days are long but the years are short.  Time passes so quickly.  I distinctly remember the first meal I ate after Porter’s birth like it was yesterday.  HOW could it have been a year ago?!?!  How is he so big??  Even when I take the time to be good at focusing and being present, the time still passes.  I’m just very thankful that I’m provided the chance to stay home and see all of their days.  Many women aren’t so fortunate.

4.  Leave the house 15 minutes earlier than you think you need.

I’m chronically late (although I had this problem even before having children).  If you invite me to an event, lie and tell me that it starts earlier than it really does (I’ll still show up late).  Getting three kids dressed and out of the house is still a challenge, even a year later.  Meh.  It’ll all be ok. 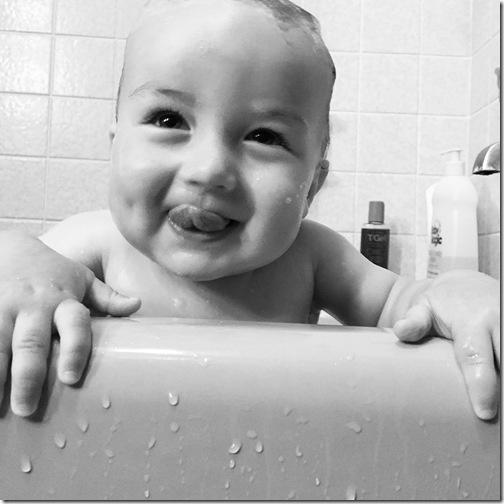 I’m an on-the-go gal and I think I’ve created kids who crave movement as well.  A new baby slows you down though (which is a good thing!).  Especially in those first few months, you do a lot of sitting and staying in.  I NEED more time just sitting so even though it’s hard, I’ve welcomed the slower pace that Porter brought.

This actually applies to both your husband AND your children.  I’ve learned that if I don’t make the time to spend with Travis, our whole family dynamic is off.  He is the HEAD and the key piece in our messy puzzle.  We try to spend as much time together as possible – I mean, he’s my very best friend.  My #1 tip = put the kids down at 7:30/8pm and then date your husband.  It’s my favorite time of day. 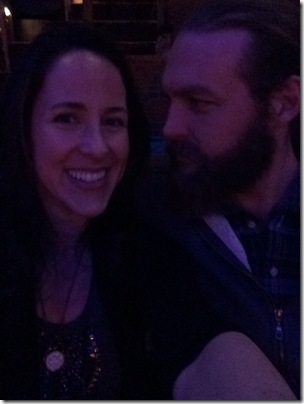 In addition to the marriage component, I’ve learned how much my children crave one-on-one attention from me.  I try to sit down with each of them at various times throughout the day and just LISTEN (even Porter gets that one-on-one time when we sit down and nurse).  Having Henry tell me about the dream he had last night or listening to Clara’s new made up song….it’s precious, essential time.

Those are just a few of the things I’ve learned so far.  I can’t wait to see what the next year holds and the growth that will surely come!  I think I know stuff and then I look back and realize I hadn’t a clue.

QUESTION:  Are you a mama?  What’s your favorite thing about it??