You ever get that feeling that you really have no idea what you’re doing?

Like yeah, you’ve got your basic movement patterns down and you can do the day-to-day stuff ok, but sometimes there’s this blaring-obvious-flashing sign that says, “You can’t do this alone.” 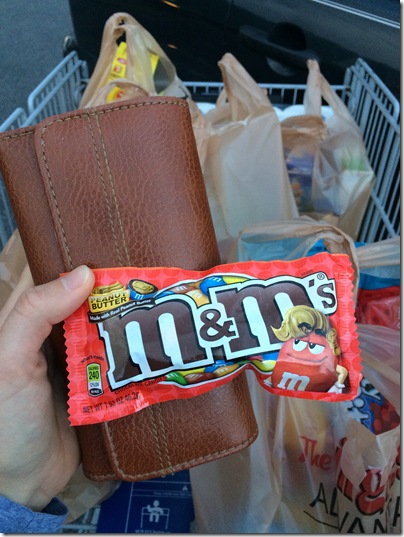 I find myself constantly praying this:

“Just show me your will, Lord God.”

Sometimes I’ll even add on…”Just make it REALLY obvious and easy for me to see.  Like take Your big hand and a big yellow marker and mark the path for me.  Can ya do that?!”  I think life would be much easier if it was set up that way – if some of the choice was taken out.  It hurts my brain to make choices.  But it isn’t like that.  We ARE given a choice everyday to either seek His will or to live outside of it.

We have so many choices to make.

We’re told that He has plans to prosper and not to harm (Jeremiah 29:11).  So we know that His plans are for GOOD.

We’re also told that He has a FUTURE and a HOPE for us (Jeremiah 29:11). So we know that those plans are thought through, not by mistake.

Here’s what I think:  There are many paths to choose from and I don’t think God has that certain perfect path, the only that’s “right.”  I think that He’ll bless any path that you go down WHEN YOU’RE SEEKING HIS WILL.  I believe He’ll shower us with peace and strength when we ask for it, no matter what.  I believe the value comes from our SEEKING and our PRAYING, more so than whether or not we choose the “right” thing.

I think so often we remain stagnant or afraid to take that next step because we’re really not sure if it’s God’s will for us.  Fear of the unknown holds us back. It shouldn’t.   If you’re thinking about taking a big step, make sure you’ve got these four things in mind:

1) Prayer – Are you talking with Father and seeking His will?  What does the Bible say?

2) Listening to the Holy Spirit –  You’ve already got a “sense” that this is the right or wrong path.  Listen to that Holy Spirit whisper.

3) Seeking counsel from mentors – Are you seeking wisdom from your husband and/or others in your life who can give you sage advice?

4) Learning from past mistakes (“wrong paths”) – Does this new choice look eerily similar to something you later found out was all wrong?  Learn from your past mistakes and steer clear of those things that pull you away from your calling.

I shared the big Yogurt/Coffee shop news on Monday (go back and read to catch up).  And I also said that if this new venture was too stressful on our family then I’d simply walk away.  THIS IS STEP #4 THAT I JUST DESCRIBED – “learning from past mistakes.”  Been there.  Done that. 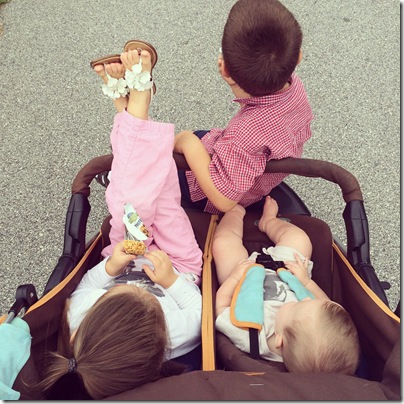 Don’t get me wrong – I’ve prayed A LOT about this new venture and for all the aspects that surround it and I don’t think I’m doing this on accident.  But I’m really not certain yet if this is what God has planned for us long-term.  I just don’t know.  Sometimes you don’t.  What I DO KNOW is that I’m called to be a wife/mother/ homemaker first.  I know for certain that I’ve made that “right” decision.  I also know that when things pull me away from that role and cause too much tension and stress then they probably aren’t right for us.  I’m confident enough in my most important job to know that all the other jobs I might have don’t really matter.

Right now I’m just taking everything one day at a time.  And praying a lot.  And running to Travis.  (and drinking obscene amounts of coffee)

I write all this to encourage you if you’re facing a big life decision.  You’re not going into it alone and you’re not going to screw up something so bad that you can’t ever be redeemed (unless you murder someone or embezzle a million dollars, then you’re probably going to jail…but even then, there’s grace…I digress.

).  I also write this all out because it’s really important for me to continually live an intentional, purposeful life.  Writing it out and sharing with you helps me with that.  Cheap therapy.