I’d estimate that Henry spends an hour (or two) playing with Legos each and every day.  The way that I homeschool allows for free play at various times throughout the day (read:  we school for 20, play for 10) and Henry’s preferred “play” is Legos.  I’ve yet to break it to him that he’s actually learning SO much while he plays. 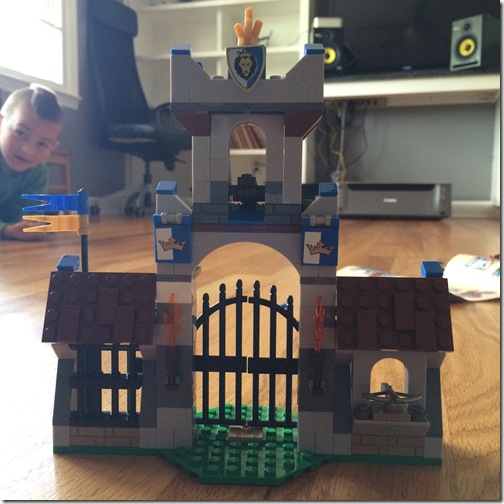 As a mama who wants all of those things for her son, I’m SOLD.  And Henry is SOLD as a builder.  This kid, you guys.  He is amazing when it comes to building with Legos.  Yesterday (like most every day), he invited me into the front room to watch him build.  I usually brush him off because …you know, I’ve got a billion other more important things to do like play around on Instagram or watch New Girl.  But yesterday I chose a different path and plopped my pajama-clad bottom down with my son. 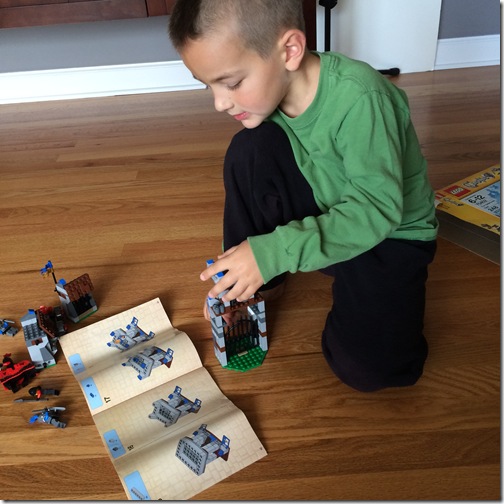 I learned a few things.

Henry is patient.  He took his time and didn’t become flustered when the pieces didn’t line up correctly or something fell apart.  Twice I noticed he calmed himself down by taking a big breath and refocusing.

Henry has a great memory.  The set we worked on yesterday was one that he’s done probably 10-15 times.  He didn’t need to look at the instructions (but he did because he wanted to make 100% sure it turned out right – Type A like his mother).

Henry is really fun to be around.  As he built and as I sat helping, he cracked a couple of jokes that made me genuinely laugh.  The kid is six years old and I enjoy hanging out with him.  I know you’re rolling your eyes and saying pat yourself on the back, you like your son….but have you ever met a six year old boy?!?  They aren’t always the best.  But he IS. 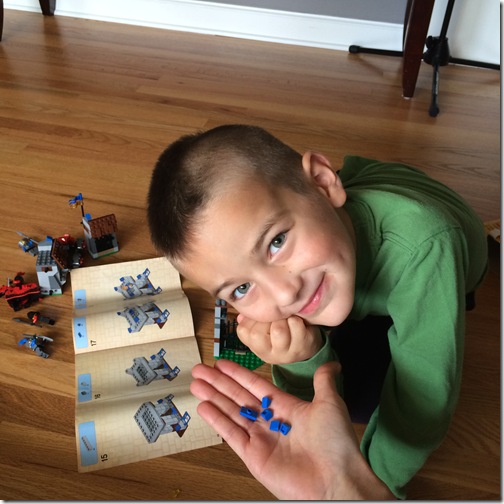 I also learned that if I don’t take the time to be more of a “YES mom” to my kids I’ll be missing out on some really important stuff.  Overall I’m pretty good at being present these days (that’s taken quite sometime to learn if you’ve been following along for the past few years) but I can always use a reminder.

“Playing Legos” – it’s been added to my task list.

QUESTION:  Ever play with Legos??  What was your game of choice growing up?