It’s 10:23 on Tuesday morning.  I’m just now sitting down to a (super) late breakfast of protein pancakes and coffee.  We had an early morning track workout and while I LOVE LOVE LOVE sweating before 9am, getting out of the house that early means I don’t always eat breakfast beforehand.  So a 10 o’clock plate of pancakes always happens.  Actually if I work out in the early morning, I usually do so in a fasted state.  Over my adult exercising span, I’ve found that this works for me – I personally perform better with little to nothing on my belly.  I’ll drink Spark or Xtend

during the workout to help protect my muscles, but food just doesn’t sit well.  Don’t worry –the post workout fueling makes up for it and I always aim to intake sufficient calories and macros at that meal. 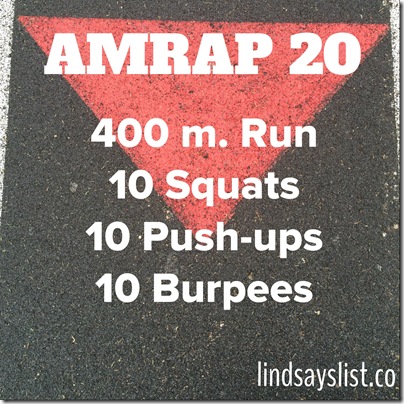 Here’s what we did this morning.  I managed to get in 7 rounds.  Great sweaty fun with Katy & Callie.

Right now, Porter is snoozing in his crib.  He’ll wake up in a few minutes hungry.  He brings so much joy to this family – I can’t believe he’s mine.  I also can’t remember how it felt all those months to be nauseous 24/7. Like that horrible period has been blocked completely – so much so that I’m kinda hankering for another kid.  Not quite yet…but I wouldn’t mind it. 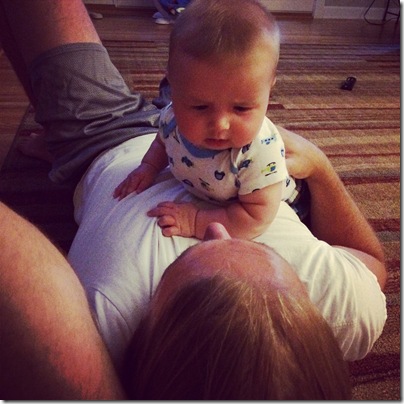 Henry just finished up with some school (we break it up into 15 minute mini-sessions – one of the many luxuries of homeschooling) and is now putting together a huge Lego set.  He couldn’t swim before we went to the beach so the incentive we used to get him trained was this TMNT Lego set that we found at Goodwill for like $30 (I think it retails for $60).  He tried SO hard to swim the length of Nan’s pool (the goal) before we left for Florida with no success.  Womp womp.  I knew he could do it, so we packed it up and traveled down to the beach with the set.  Long story short, he swam A LOT at the beach and earned that Lego set!   So proud!  It’s his very favorite at the moment – which means he puts it together and breaks it apart almost every single day.  I don’t understand, but Travis does and Henry does and probably Porter too because it’s a boy thing that you do with Legos. 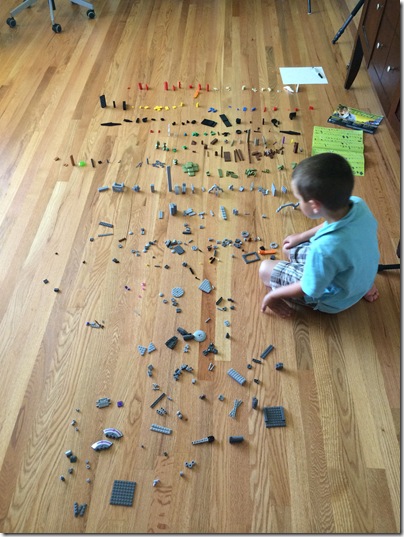 Clara is dancing around Henry, bugging the crap out of him.  She’s wearing underwear and a set of dress-up butterfly wings.  Her hair needs to be brushed.  I’m 99% sure that I’m signing her up for ballet today.  She just NEEDS to be in a costume and have her hair in a pretty bun.  She turns 4 this coming Sunday and I don’t know where the time has gone.  Will I always feel this way?  Like it’s slipping?  The days can be SOOOO draining and long but they’re over in a flash.  To write that sentence out, it feels like I’ve read it so many other places before.  But until you live it…until you actually become the parent…it doesn’t mean as much.  She’s just frolicked in here to ask if she can paint.  Dancing and painting.  I want to do that for life.

Travis is at work but we’re texting back and forth as we always do.  I usually take the kids at least once a day to go see him at work.  As I’m driving up, I call his phone which he never answers.  That’s the signal for him to walk outside and see us.  He almost always makes it a point to go to Clara’s side of the car first.  She needs to see him the most.  He’ll lean over and kiss her and give her all his focus, then focus on Henry and ask about his morning then walk around the car and make Porter smile.  I’m always last (because I’m the most important) and I’ll usually put the car in park and get out for a long hug.  This time in our day takes only a few minutes but makes a world of difference.

Now I’m thinking about not leaving the house for the rest of the day.  Which means we’ll make brownies.  And take our baths early so we can get all cuddly.  I can see the rain dropping into our plastic Kmart kiddo pool.  I need to clean it and put it away, but I’m holding out for a few more sunny Summery days.

And just like that, the rain has ended and the sun is out.  A little 5 minute storm.  Hmmmm…maybe we’ll hop in the pool.  Or not.  I’ll still make brownies.

QUESTION:  Best thing you did all day yesterday?