…first being the operative word here as I fully expect to be on Regis and Kathy one day.  What?  Kathy left?  Regis too????  Blast.

Last Tuesday, I filmed a live TV segment for the Local 8 News in Knoxville, Tennessee.  I thought it would be fun to recount the experience, mostly for myself because I’ll soon forget – my memory isn’t what it used to be.  And it’s never been good.

Prepping for the show

A week and a half ago, a PR agency out of New York contacted me about the opportunity.  The agent said she found my blog through an online interview I’d done, watched a few of my videos and thought I’d be a good fit.  Well ok!  Like anyone else, I was just completely flattered.  I asked Travis what he thought and he said it was a no brainer – I had to say yes!

I was told the segment would be on what you need in your gym bag to get beach-body ready.  There were FIVE products.  THE AGENCY came up the products, not me, and they were shipped overnight so I had them the next day to become familiar with.  Truth be told, I’d never heard of a couple of them.  And again, truth be told, I can’t personally vouch for these products – I’ve got quite a few “gym bag recommendations” if you’d ever like to see a post.  Anyway, the whole point was to get this set of products out on TV for a mass audience.

I was also given a set of questions beforehand (even with “suggested” answers) so that I wasn’t completely thrown for a loop when the news lady talked to me.  (A couple of my readers suggested I incorporate a “self love/if you have a body, you’re beach body ready” approach and I would have LOVED to have been able to speak from my heart on that subject but this wasn’t the opportunity.  Actually I HAD a “self love” answer to one of the scripted questions, but the host didn’t word the question in a way that my answer would have made sense.  <-does that even make sense?!  All that rambling to say – I think that anyone can rock the beach, no matter their shape or size!  Heck, I’ve still got a squiggly dark line running down my belly and quite a bit of cellulite and I’ll totally be rocking my bikini this summer.)

I was also sent some talking points for each product, things that any consumer might want to know before purchasing.  The segment would last for 2-3 minutes and they’d try to say something about my blog if we had time.  I received all the products and the talking points on Friday and spent the weekend familiarizing myself with everything.  It felt like the good ole days when I use to learn my lines for a theater show.  <-gosh I miss doing shows!

We live about two hours away from Knoxville, so some travel was involved (some of my expenses were covered and I’m very thankful for that!).  As soon as Travis got off work on Monday (5pm), we hopped in the car.  The bad news –> our DVD player broke about 10 minutes into the trip and Porter had a difficult time getting to sleep.  The good news –> the drive from Franklin to Knoxville goes through some of the prettiest parts of the U.S. AND we had Cracker Barrel for dinner!!  Win.

Even though we left around 5:30pm, we didn’t get to our hotel until 9:30pm.  The kids were in that silly place you get because you’re so exhausted and you laugh at stuff that isn’t funny (but it’s SOOO funny) and you can’t go to sleep but then your head hits the pillow and you wake up the next morning wondering what day it is.  Yeah.  They were in that place. 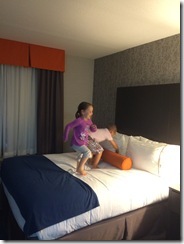 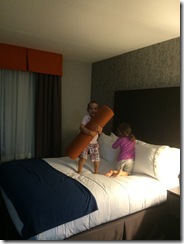 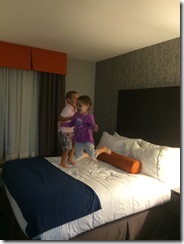 I have super curly hair but wanted to wear it straight for the show.  This meant getting in the shower around 10:30pm and then fixing it.  There’s a reason why my hair is always in a messy bun….because it takes forever to make it look good and I’m lazy.  Porter nursed a couple of times throughout the night (new places mess with him) and before I knew it, the alarm went off at 5AM. 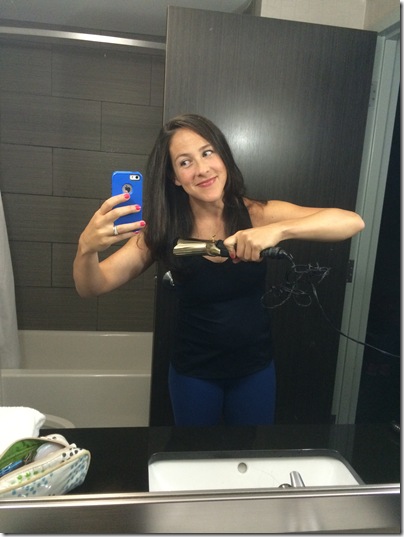 I quickly fixed my hair and makeup, woke up Travis and the kids, nursed the babe and we were out the door.  Luckily our hotel was only 2 minutes from the studio. 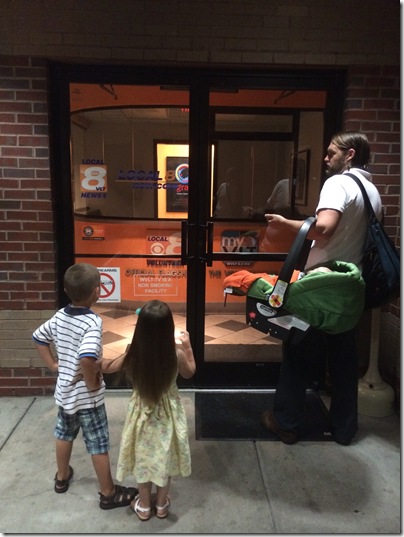 At 6am, we were greeted at the door and given our press passes.  Joking – we didn’t get passes but that woulda been cool.  Having never been in a television studio prior, I couldn’t tell you if it was big, small, hot or cold.  It was a news studio.  I loved being able to see into the newsroom and then look on the television and see the same thing. 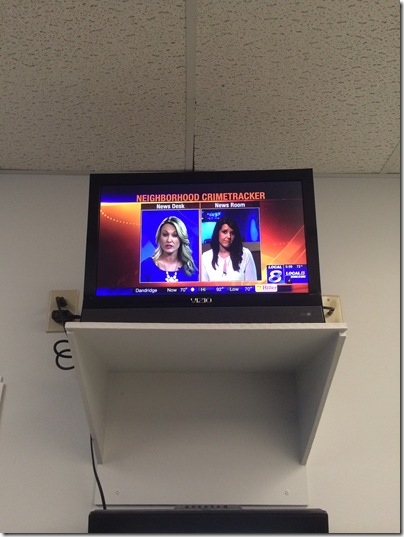 My segment was supposed to air at 6:20 but it got pushed off until 6:40am so we were taken back to the break room and told to wait our turn.  The kids played on our phones while Travis and I made out.  Porter slept the ENTIRE time which was such a blessing (I had a pumped bottle on standby but we never had to use it.)

Around 6:35am, Allie, the host, came back and got me.  We walked into the newsroom where I was expecting to see some sort of table to set the products on but we sat on a couch instead.  Felt homey.  She put a microphone on me, told me a little bit about the process and then it was GO TIME!  Literally no prep.  They counted down from 15 seconds (15, 10, 5, point at you and nod – LIVE!!!). 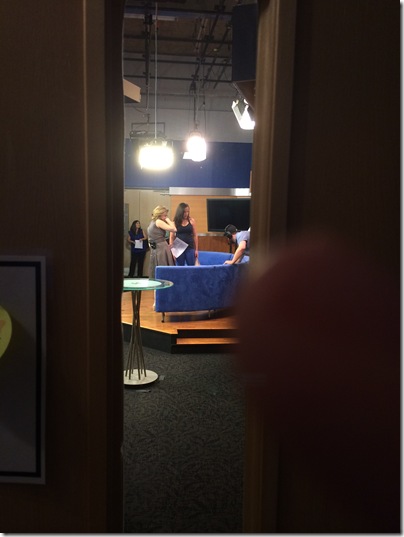 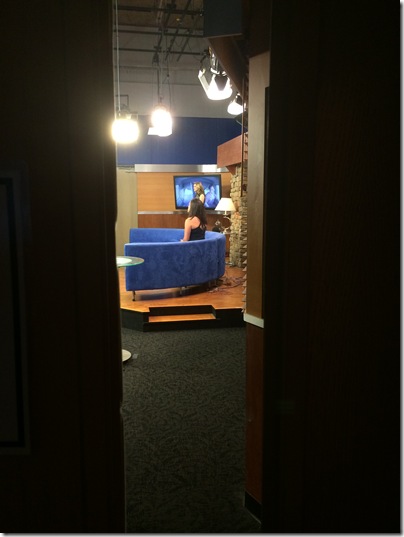 I thought the segment went really well!  We only got through 3 of the 5 products and then Allie took the time to ask about the blog (thank you, Allie!).  Thankfully, I didn’t flub over any words.  Everything went by SO fast!  In no time, we were back at our hotel, eating the continental breakfast and splashing in the pool! 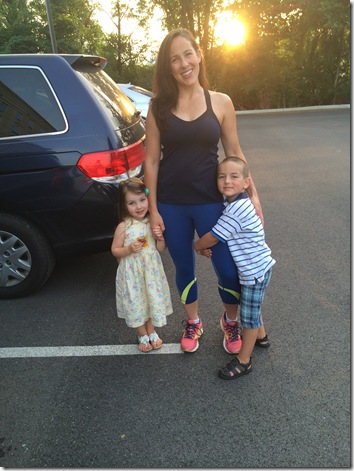