Stopping in real quick today with a guest post for you!  (Thanks Wendy!!)  It’s a great love story that I think you’ll want to read!!

Come back tomorrow for a “Body After Baby – Two Month Update” for me and Porter’s Two Month check-in! 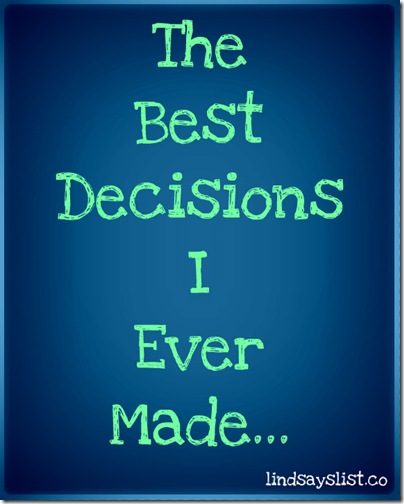 If that sounds crazy, well, at the time it seemed it a bit, to me, too.  Yet, it felt right and I trusted.  I’m so grateful that I had faith during that time, for during those 30 days, I just went with it.  Everything went right during those 30 days, and life truly changed after for the best.  Let’s look back on it, shall we?

Scott and I met at RTC (Reston Town Center) at the fountain.  It was our first “in person” meeting after meeting online.  Incidentally, I knew something good was bound to happen, but I was nervous and thought about ditching the meeting.  There was, however, an empty parking space right in front of the fountain, so I took it as a sign and followed through.

We sat in the cold, talked a bit, and then moved inside to Ice Berry.  On the walk to Ice Berry, I noticed his walk was off and he said, “it’s from muscle atrophy.”  My heart sank, but I slowed my pace to match his.  We talked and talked.  He ordered coffee.  I ordered nothing.  Everyone at Ice Berry knew him.  It was comforting.

Scott was riding his bicycle on 29 April 2010 when a woman made a left turn and hit him.  It was a catastrophic event for everyone.  The woman had no intent to hit him, the intersection was a nightmare with sunlight and trees, and Scott was going about 40 mph (per the police report).  Shit happens.  It did that day.

Before the accident, Scott was a sub-3 marathoner, a sub-5 70.3-er, and about a sub-18 5k-er.  He was working in the financial services world and going through a divorce.  That all changed that day.

My life on 29 April 2010 was a bit more calm.  I was a middle school Spanish teacher almost married to my job.  I loved the structure, but hated it, too.  I was a teacher through and through, so leaving the job at school was tough.

My life was missing what I sought most:  my best friend and the father of the children I knew in my heart.  I was yearning for that perfect partner and to start a family.  I wanted more in life than rubrics and conjugations.  I knew I needed to tell stories, but I felt attached to the stability of a public school teaching position.

In those 30 days Scott and I solidified our love and respect for each other.  It was warm, it was familiar, and it was built on trust and faith.  We married on a pier at Leesylvania State Park at sunset. The winds were fierce and it foreshadowed a move we’d make two years later. 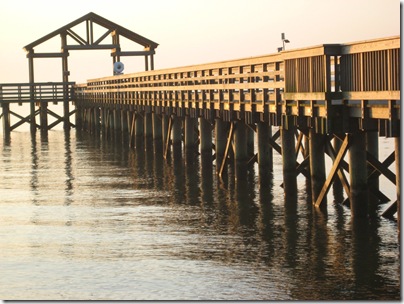 Life changed when I met Scott.  I welcomed a step-son. We moved eight months later to Utah.  We lived there for five months before we were blessed with the birth of our daughter, Susanna Hope.

Just after her eight month birthday we moved again, to Enumclaw, Washington at the base of Mt Rainier before moving finally to the coast of Washington where we’ve been since September 2013.

Scott and I both work as writers and are stay-at-home parents now.  It’s crazy, but we do it.  We love it. We have a gorgeous piece of land about half a mile from the Pacific Ocean.  Susanna adores it!  The girl has always been an outdoors girl, as is evidenced by our running on the BoSho (Bonneville Shoreline Trail) the day before we went to the hospital for her birth. 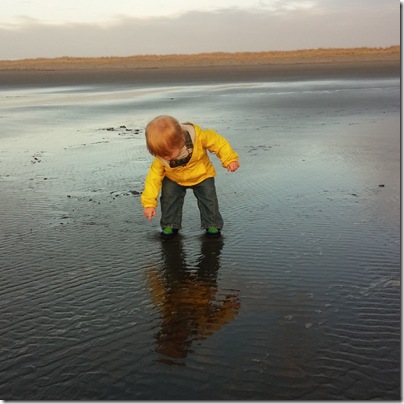 There are moments when I sit back and go, “Wow! Thank you!”  The moments of, “what the *&^% are we doing?” have lessened.  We know what we are doing and we believe.  Just as we did when we met and married in 30 days.

Some things are just right.

Some things just need to be accepted.

Some things change life forever for the better.

(A few Scott accident side notes.  His injuries were extensive, but he’s defined by more than a TBI, paralysis, crushed ribs, broken legs, punctured lungs, a coma, etc.  All of which have mostly healed, though the TBI remains an ever prominent reality along with a lingering affect from many others.  The driver of the car is an amazing woman.  She’s one of our dearest friends.  We e-mail at least once a week, and she’s a true light in our lives.  She had no desire for that moment to happen, none.  It just did. It changed Scott’s life for the better, but P refuses to accept any good responsibility from it.) 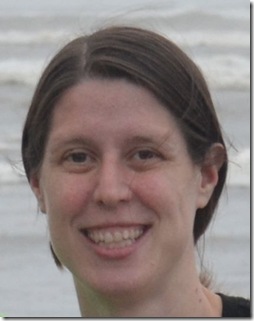 Wendy is a Spanish and Special Education teacher turned writer.  She lives on the Washington coast with her writer husband, toddler daughter, and baby-on-the-way.