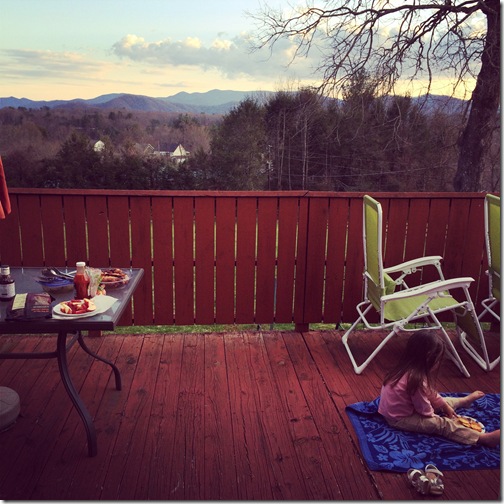 Thursdays are for thinking out loud (according to this girl!)….

I think I love grilled chicken more than anything else in the entire world.  Maybe even more than brownies.

I think that it’s SUPER adorable (and only a wee bit annoying) that my mama and MIL call me a couple times a day to see if I’ve gone into labor yet.

I think I’m going to sign up for a race in the Fall….something to work towards.

Travis thinks he wants to take up day drinking like those Mad Men.  I’m all for it.

Henry thinks he wants to be a farmer when he grows up….he thinks ”growing up” happens at age 7 (and he’ll farm tomatoes even though he hates them).

Clara thinks that Porter is going to come out through my belly button.  She describes it like an explosion-type event.

I think I take back that chicken remark earlier.  Brownies are the best, hands down.  But only if they’re 10 minutes underbaked.