I’m on a PLANE headed out to Utah!!  I might be a little sparse over the next few days with Blend, but I promise to overload my Instagram and Facebook feed with pictures, so make sure you follow on both of those outlets if you can!  Did I tell you guys that TRAVIS is coming with me?!?!  I’m stupid excited about getting to travel with a companion, even if he does fall asleep within 5 minutes of sitting in the plane seat (and stays that way the remainder of the flight!?!?  I can’t sleep on planes.)  Anyway, today we travel, so I thought I’d introduce you to my friend Lee and her best decisions!  Take it away, friend! 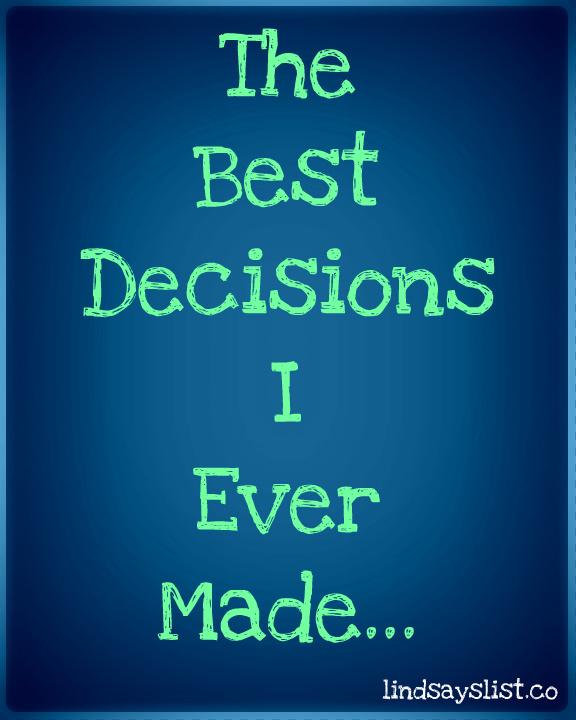 Hello Lindsay’s List readers.  My name is Lee and I blog over at In My Tummy. I’m excited to do this guest post for Lindsay on the five best decisions I’ve ever made.  Let me tell you, giving my blog that dumb name was not one of them.

1. Moving to Atlanta. I’m from the Washington, DC area. I went to college in Vermont and after I graduated, I didn’t quite know what to do with myself, so I moved back. Though I lived in an apartment with a friend and had a job (actually two; I had a full-time job and I waited tables), I just wasn’t happy so I saved up some money and took a leap of faith. A couple of my friends lived in Atlanta and just sort of decided that I was going to join them down in the ATL. It’s been ten years now and I’ve made my life here and I can’t imagine what it would have been like if I didn’t.

2. That leads to me to point number two and I can’t believe I’m going to admit this because I usually don’t. Trying out internet dating. Right before I met Jason, my husband of almost three years, I had been sort of hanging out with this guy who was a real jerk to me. To sort of get over him, I decided to create an online profile and ended up meeting Jason and the rest is history. I know that it’s common to meet people online nowadays (I mean, hello blogger friends) but I still sometimes wish that when people ask us how we met, I could say something like “in college” or “through friends.” Oh well. I just admitted it to you guys and called it one of my best decisions. 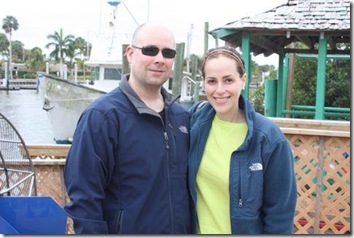 3. Getting a dog. After Jason and I had been together for about a year, we got Murphy from a golden retriever rescue. (Though when we got him, his name was Ricardo. He told us that he felt more like a Murphy though.) He is the cutest golden retriever you’ll ever meet even if he’s a little camera shy. I cannot imagine life without my best buddy. 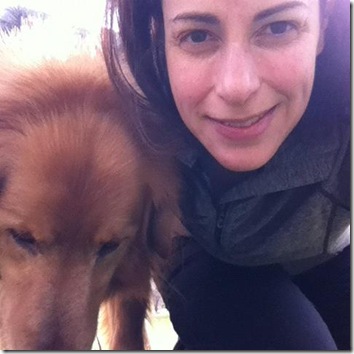 (Hello crows feet. Maybe getting some eye cream should be one of my next best decisions.)

4. Running. I was not athletic in the slightest when I was growing up. When I was really young, like elementary school aged, I did soccer and gymnastics, but from about age 10 to age 18, I did nothing athletic whatsoever. For a few years after that, I ran off and on, but I really didn’t get into it until my mid-20s when I randomly decided that my first race was going to be a half-marathon. Now, I’ve run ten of them and various races of other distances. While I’m not a particularly fast runner in any sense of the word, running has given me a sense of self confidence that I never had. It showed me that if you put your mind to something, you can do it, even if you aren’t really naturally inclined. 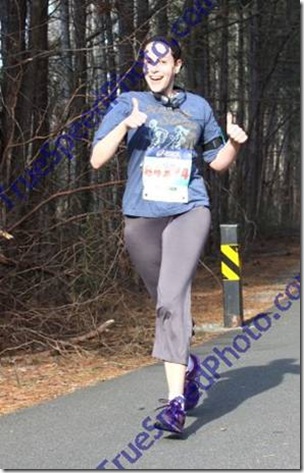 This picture cracks me up. So dorky!

5. Starting a blog. Cheesy answer, but it’s true. I have always been one of those people who kept journal after journal. I probably have them going back to when I was about 14 years old, maybe younger (and they are painful to read)! I kind of view my blog as an online journal. I get to talk about myself (which I like to do!) and meet new friends at the same time. I mean, it’s a total win-win and it’s become one of my favorite hobbies. See, new friends. I bet you recognize some of them. 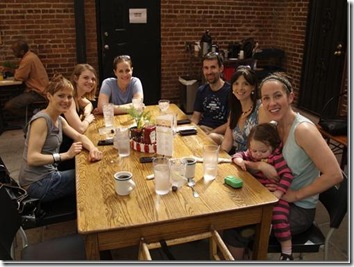 There you go, my five best decisions!

QUESTION:  Share one of your best decisions!  Or give me tips on how to sleep on a plane (i just get so gosh darn excited – i must have a window seat!)