I’ll be the first to admit when I’m bad at something.

Actually, you know what, that isn’t always true.  I’m stubborn. And I like to think that I’m always right. (add that to the list below)

I do know that everything on the list below is something that I’m working on, but that they’re also shortfalls that don’t necessarily make me a bad person.  Just little quirks in my personality that keep me from being my “best”, I suppose.  If I fix these things, fine.  If not, that’s ok too.  Deep down, I know that I’m trying every day to be a better version of yesterday’s self. 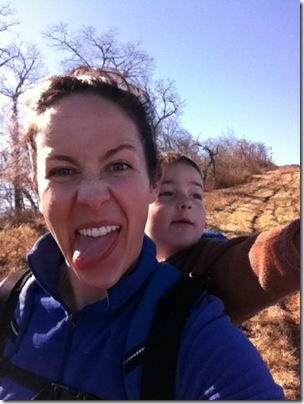 So in the spirit of being vulnerable….

Quite possibly my worst feature.  I don’t like change.  I’d rather NOT make plans and be able to do something at the last minute, than make plans and have them change.  If I write something down on my list(s) and it’s in my head as “going to happen,” then it needs to happen.  Unfortunately, I’ve somehow passed this trait down to Henry.  We tend to freak out when things don’t go as expected.  Travis and Clara stand by and smile.

True story:  Travis asked me 2 years ago if there was anything he could do that would get him more sex.  Without a thought, I said, “Fold all the clothes.”  In the past 2 years, I have folded maybe 4 loads of laundry.  Worst chore ever!  And it’s not just that I don’t like doing it – I’m actually not good at the folding part.  Might as well just throw it haphazardly in the drawer.

(Sex for laundry?  Heck, I’d have sex for free with that guy.  (but please don’t tell him that.))

This one I get from my father.  We weren’t a TV family growing up – we PLAYED, outside and all day.  (I’m so thankful for that now as an adult!  And side note – I was THE grubbiest, dirtiest child.)   Now, I find it really hard to just sit and watch TV or read.  I like to be moving. If I’ve had a FULL day and feel like I’ve “earned” the right to sit, then I’m ok with it (<-that sounds so messed up, but I’m just being honest.)

Wait.  This is my worst feature.  I’m a people pleaser.  So if you ask me to do something (bring a meal, sub a class, watch your kid), I’m going to say yes.  To all the things.  Then I find myself so overbooked and stressed that it puts a lot of strain on myself and my family.  Last year was supposed to be the, “Year of NO!” (mandated by Travis).  That didn’t turn out so well.  So then 2013 was to take on this name.  And, well, I have about a 30 minutes everyday that isn’t “booked.”  I just don’t like “letting people down.”

This only applies to my SHORT-TERM memory.  I can tell you what I wore the day we flew to Colorado when I was 12 years old.  I can tell you what I ate for lunch on my 3rd grade class’ field trip to the Knoxville Zoo (honey and peanut butter, carrot sticks).  But my short-term memory STINKS!  I try to remember things (which is probably why I write so many lists – I also use the Voice Memo feature on my phone all.the.time), but I could do better.

QUESTION:  Your turn:  What are you really bad at??

*A list of things I’m GOOD at coming soon.  Because just as it’s important to be vulnerable and open about our shortcomings, it’s more important to give thanks for the talents you have.  Agreed?  Agreed.