You taunt me with your little cans of orange goodness all Autumn long.  Every blog I read, corner I turn, cookbook I browse.  You’re there.

Except you’re not.  I can never find you.  Why so mysterious?  (and who the heck is stealing all the pumpkin in Franklin – that’s what I want to know.  #thegreatpumpkindramaof2012)

Pumpkin is coming out of our ears, ya’ll.  I see it on Instagram and Facebook and everysingleblog I read.  It’s in bread, cookies, bars, smoothies, oatmeal, oatmeal smoothies.

We’ve been told WHAT to do with pumpkin, but I’ve yet to see any tips on how NOT to use it.  So I came up with some.

Bookmark this one.  It gets the Good Housekeeping stamp of approval.

What NOT to do with pumpkin…..

Don’t smear it on your T-Zone as a face mask.

I don’t think that’s going to help.  It’ll just make your face AND the pumpkin very, very angry.  (<-side note – I actually just searched and there is a recipe for a pumpkin face mask!  Of course, there is.)

Don’t wash your windows with it.

Rookie mistake.  Pumpkin on your windows?  Sounds almost as far fetched as using newspaper or vinegar.

Don’t use the cans as your Wi controllers.

Your television communicates with cats.  It’s easy to confuse the two.

Don’t tie it around your ankles to be used as weights while swimming.

Been there, done that.

Pumpkin is for eating.  Not for playing or sculpting into something.

Unless by sculpting, you mean carving.  In which case, yes, I suppose that’s pretty normal. 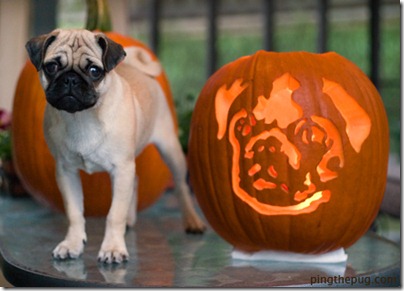 Don’t use pumpkin in place of Neosporin.

Licking your scabs will get you nowhere.  EATING them will land you at a separate lunch table at school.  Been there, done that.

I could keep going, but I feel like I’ve covered the bases here.  Pumpkin is fine and all…until somebody gets hurt.

This being said, I suppose you *COULD* use it to make this Paleo Pumpkin Cake.

Actually should do that. 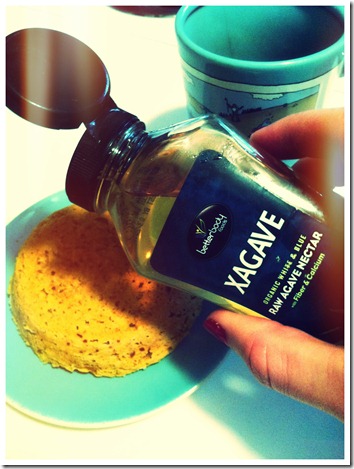 Paleo Pumpkin Cake For One

Spray a small bowl with nonstick spray.  Combine all ingredients in bowl and mix thoroughly.  Microwave on high for 2 1/2 minutes.  Enjoy! 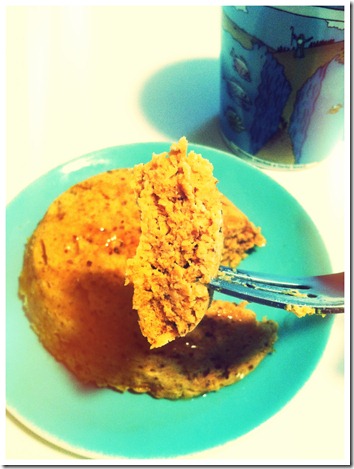 Just promise me this – when you’re finished making it, eat the dang thing.

Don’t do anything but eat it.  It’s not for exfoliating, throwing, or flossing with.

QUESTION:  Of course, I want more tips on what NOT to do with pumpkin.  Also, if you’ve written a recipe that uses pumpkin, leave the link in the comments!