And 2 more days till BLEND (I realize that this is all I talk about…you’ll be super bored next week when my writing returns to decriptions of poop and toddler banter.)

I’ve got a MILLION little things to do over the next few days, so I’m so very thankful for my guest posters!  Today, Katie will try to convince you to start running.

Hi everyone!!! My name is Katie and I blog over at Peace Love & Oats, a blog following my life and my journey to becoming healthier while trying to survive law school! I am so excited to be writing for Lindsay and so very jealous that she is in Colorado! It’s one of my favorite places! Today I thought I’d share with you how I became a runner and why you can too!  Trust me, if I can, you can!!!

I’m sure many of you have seen that picture of the incredibly photogenic runner, right? The guy who’s picture got taken during a 10K race in Charleston, SC and he just happened to look absolutely perfect, grinning white smile and bouncy hair? Haha, well, he has nothing to do with my running story, but that race does!

The race he was running is called the Cooper River Bridge Run and takes place in Charleston, SC every spring. I went to the College of Charleston for my undergraduate degree and every year I watched the race. I was so jealous of all those runners, wishing I could run that far! My roommate one year was a big runner, she ran a marathon with her dad! I got into running by just trying to keep up with her, but the furthest I’d ever gone was 4 miles and that only happened a couple times. I just didn’t believe I could run a 10K, or maybe I was afraid to try!

I’m always shocked nowadays when people say that I look like a runner (HA!) or that they don’t believe that I’ve not always been in-shape or athletic. It’s so odd to me because I didn’t get into running until I left for law school, only a YEAR AND A HALF AGO! And I didn’t even start taking running seriously until this past August! And guess what? I ran my first half marathon a few weeks ago, in under 2 hours!!! (just barely… haha). 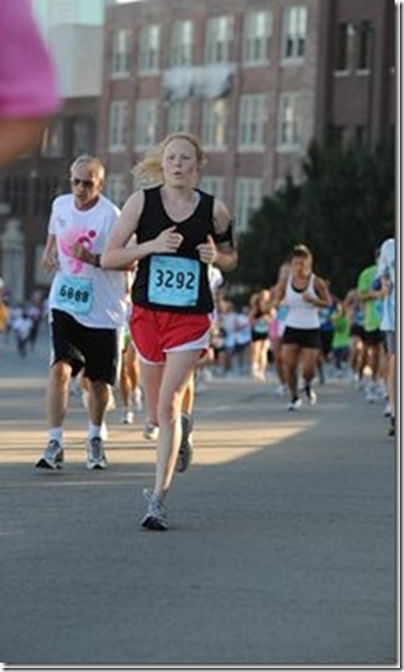 When I was growing up, I was never necessarily overweight, but I was always bigger than my friends, and not very athletic. I played every sport because that’s just what my friends all did, and it was fun to play with them. However, I was AWFUL. Let’s just say I played basketball for 6 years and never scored once… never.

So how in the world did this un-athletic girl who’d never run more than 4 (PAINFUL) miles in her life get to running half marathons? It was pretty simple: 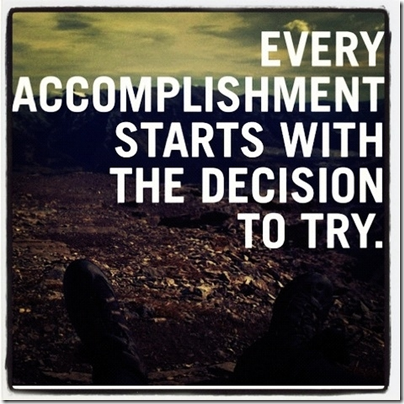 When I moved to Chicago and started law school, I was completely thrown out of my element. I decided I needed a goal outside of school to keep me sane, so I signed up for a 10K. 6.2 miles seemed unachievable to me, but I knew I had to try!

I used Hal Higdon’s 10 K training plan and got started. It was rough and very slow moving, but eventually I managed to run those 6.2 miles and finished the race! I stopped running after that because those 6.2 miles were the hardest I’d ever run in my life. I decided I was just “not meant” to run that far.

A year later I started running again, just 3 miles as my max, but I realized how much I missed it and wanted to get back into running! I was at a barbeque and overheard a girl say she’d run 10 miles that morning.

My jaw fell to the floor. 10 miles!?!?! She was not what I would consider a “runner” and I couldn’t believe it! If someone average who was just like me could run that far, maybe I could!? I decided to sign up for the same 10 K that year, as well as a 10 miler in November.

Again, I started off slow, with 3 miles as my long run, then going up to 3.5 the next week, then 4 and so on. Eventually I got to 6 miles before the 10K and felt awesome, way better than I had the year before! I realized that taking more time with building up my mileage really helped and adding in sprints and speed work on the treadmill helped with my pace!

(My cousin Allie and I before the race)

After that, I was hooked! I kept up my slow increase up until my 10 miler and rocked that too! 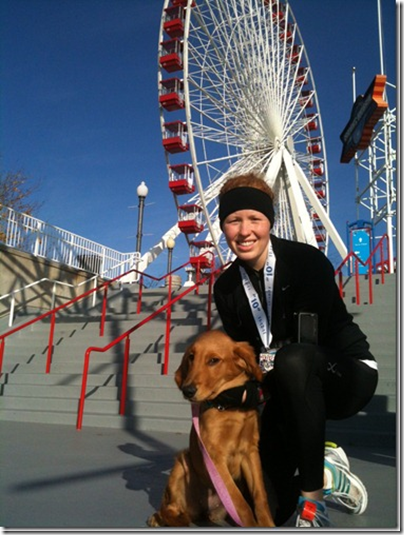 (My brother’s dog, Molly, and I after the race! She came to watch!)

And now here I am doing 12 and 13 mile long runs, gearing up for a half marathon race, and even registered for the Chicago Marathon!

If you want to get into running (don’t worry, not everyone needs to sign up for a marathon!) here are my tips:

Tips on How to Start Running:

Running for me is a time when I burn off excess energy and anxiety and I just relax and have time with my own thoughts. I also love the accomplished feeling I get after a run, no matter how rough it was! I highly recommend just giving it a try, there’s no need to run half marathons or marathons, just get outdoors and enjoy yourself! 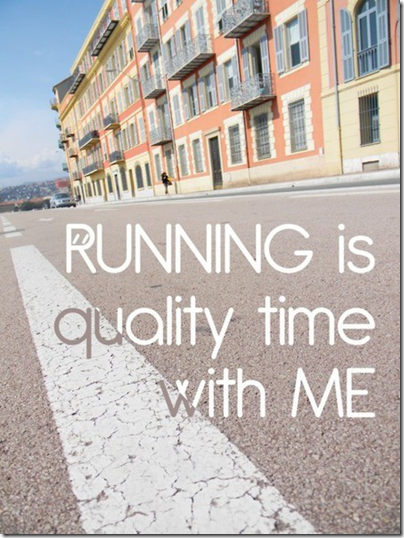