**The winner of the Pure Bliss Eats giveaway is #40 – Jordan Dunne!  Email me your address, lady!**

How was your weekend??  We caught up on some things around the house and just spent time enjoying meals and laughter together (thus, no blogging from me!).  Today, I’ve got a Superbowl-chili and cookie hangover like nobody’s business!!   I’m hoping that’s the perfect Bootcamp fuel for today’s classes…we’ll see.

We also did a little video shoot – just a normal Saturday morning at the Wright house.  Chobani and exercising.

Recently, we were sent some of the new Chobani Champions flavors to try.  This line of Chobani is marketed toward children, complete with cool 3d “Champ Medals” under the lid and fun flavors.  I’ll be honest – I’ve eaten one per day since we got them.  I put them on the top shelf of the fridge – out of sight, out of mind, Henry and Clara.  Sorry, but I’m not sorry.

The Orange Vanilla flavor tastes like a creamsicle (but healthy for you).  It has actual orange pulp in it!

The Vanilla Chocolate Chunk, complete with little chunks of chocolate swimming around, makes the PERFECT substitute for my nightly ice cream craving! 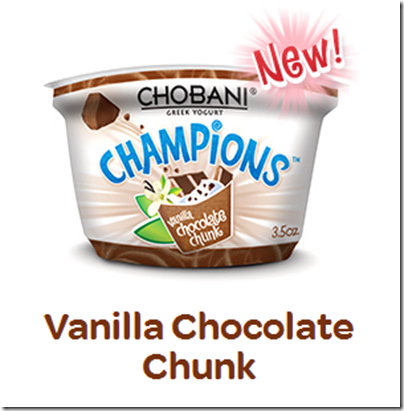 The stats aren’t too shabby either!  Compared to other children’s yogurts, the Champions line has about 3 times as much protein!  The sugar content is similar to other flavored Greek yogurts.

Oh, and Henry and Clara had some too.

Henry was too busy being awesome.

Chobani has graciously decided to give THREE lucky readers a case of Champions to try!!

I want to be a @chobani Champion like Henry!!  Giveaway via @lindsays_list today! http://wp.me/p1Mp21-1qy