I don’t know what it is, if Henry bonked my head one too many times with his fake golf club or what, but I have major writers block today.  So I’m just going to ramble about some random stuff and see where I land.

Some of my random observations, paired with Lindsay’s “Words of Wisdom”.  List style, to make it even easier on my mommy brain.  If you use these gems on your own blog and don’t link back, I’ll sue you. 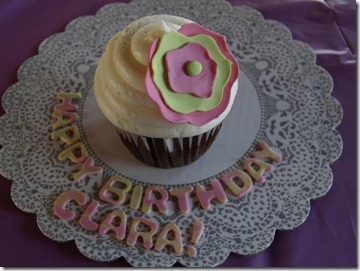 Clara’s first birthday is over and done.  We had a pretty big party for her like two weeks ago.  My mom keeps asking when I’m going to blog about it, but it’s really too late now.  The highlight of the party was Katy’s Cupcake Bar!!  She made chocolate and vanilla cupcakes, like 10 bags of buttercream and dark chocolate icing, and let everyone decorate their own!

I think I’ll just go back in and edit one of the birthday posts and include pictures.  When I have the time.  Next month.

“It’s best to change things up.  And keep things the same.” 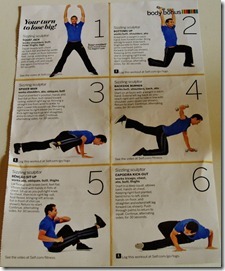 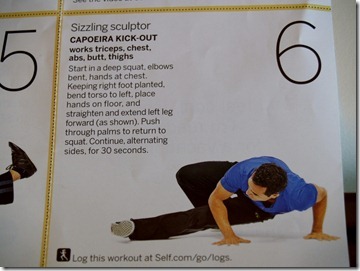 I actually thought about showing you guys this whole workout, but I’m not even sure if that’s legal.  If you want more info, go to Self.com.

I’ve been attending A LOT of fitness classes lately.  When I say a lot, I mean at least two per day, sometimes THREE!!  And while I absolutely LOVE each and every class, I miss working out in the “real gym”.  You know, where the man stuff is, i.e. weights.

Last night, I didn’t attend a class.  I texted Katy to see if she was free, and we went and worked out together, like we used to.  I LOVED it!!  I miss spending that one on one time with my sister.  And I’m sore in new places today.  Win-win.  By the time today is over, I’ll have two classes under my belt.  But I would like to make one on one workouts more of an occurrence.

“Give credit where credit is due.” 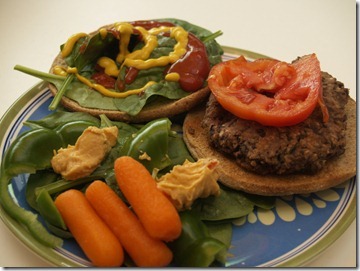 Ok, I’ll admit, that one wasn’t mine.  And neither was this recipe.  But I wish I’d thought of it first.

If you haven’t bought Sarah Matheny, aka, Mama Pea’s new cookbook, “Peas and Thank You” yet, YOU SHOULD!!  It’s chockfull of amazing, meat free recipes that your whole family will love.  And my whole family DID love her Black Bean Burgers!  Travis ate three.  The recipe made four.  That’s the sign of a good recipe.  And that Travis is incapable of sharing.

Yep….still true!  Only I’d amend it to say, “…under NO circumstances should anyone walk on the greenway with their shirt off OR their shirt ON if it has a picture of fake, cartoon abs and pecs.  I actually think I prefer the no shirt option.