Today I’ve got a fun little recipe to share with you.  As I’ve raved on and on (and on) about, we bought Travis an ice cream maker

for Father’s Day.  That little thing is plum wore out from all the frozen treats we’ve made.

Think cookies and cream, chocolate peanut butter cup, simple vanilla – all amazing recipes!  But because I can’t leave well enough alone, I wanted to experiment with some healthier options too.

My first attempt at a healthy ice cream was a huge fail.  I just thought, “Hey, I’ll sub in some different liquids and powders and everything should turn out ok.”  A little of this, a little of that…mix and match recipe-ing if you will.  Bibbity bobbity boop.

Did you know that almond milk is like 99% water?  This means that if you use it in a recipe, it’ll just turn into a solid block of almond milk ice.  (I will say that we weren’t above hacking at the chunk for a little while because we don’t waste food around here…)

Back to the drawing board.

After scouring Pinterest, I found a few frozen yogurt recipes that sounded good but nothing 100%.  I had some leftover heavy cream that I wanted to use up so I mixed it with unsweetened almond milk.  I also used powdered peanut butter instead of real peanut butter and I threw in a scoop of protein powder to lower the glycemic load.

While this recipe isn’t vegan or super duper “clean”, it hits the spot when you need a healthier frozen treat!   It turned out CREAMY and RICH but the nutrition stats state otherwise.  Since I’m sure people will ask, I don’t know how this would turn out without the ice cream maker. I’m betting it would freeze just fine after you whisked it together and put into a plastic container. 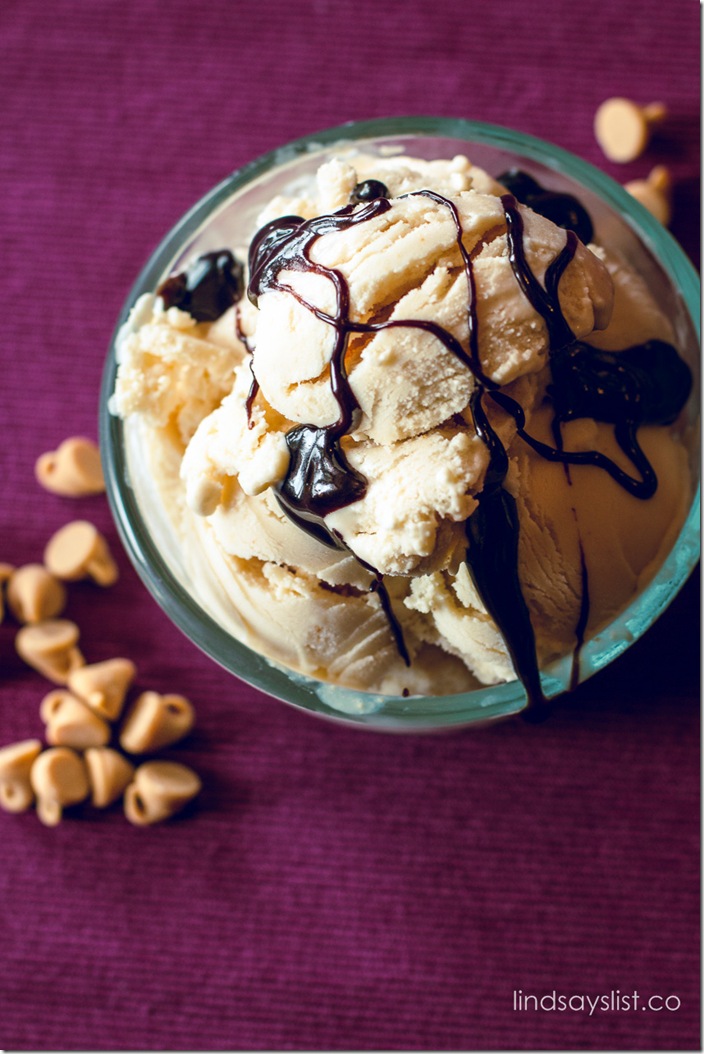 Combine dry ingredients in large bowl.  Whisk in almond milk and cream.  Prepare in ice cream maker as directed (mine took about 10 minutes).  Serve immediately or freeze for later.