As I was sitting at the kitchen table yesterday, nursing a cup of coffee, Henry walked up and asked me to look over his morning math sheets.

I flipped through page after page of precise work.  No wrong answers, no doodles in the sidelines, no bribery to get this work done.  This kid had sat for a good 30 minutes and plowed through.  He knew his stuff.  I cupped his face in my hands and told him how GREAT he was at math.

As my hands left his little face, it hit me.

I’m so incredibly proud to be a mother.

It’s as if I blinked and all of the sudden he’s 6 going on 30 and the time won’t slow down and I keep grasping at these moments, trying to collect them all up and save them but I can’t because it just doesn’t work this way.  I look at him and I see me and I see Travis and I see GOD.  I see innocence and promises and hope and a future.  I can remember the chubby baby legs and the sleepless nights.  I can remember the Disney trip we took when he was one year old where all he did was either smile or cry – and a lot of both.  I can remember the look on his face when he met Clara for the first time (anxiousness) and then Porter (pure thrill at a baby BROTHER). 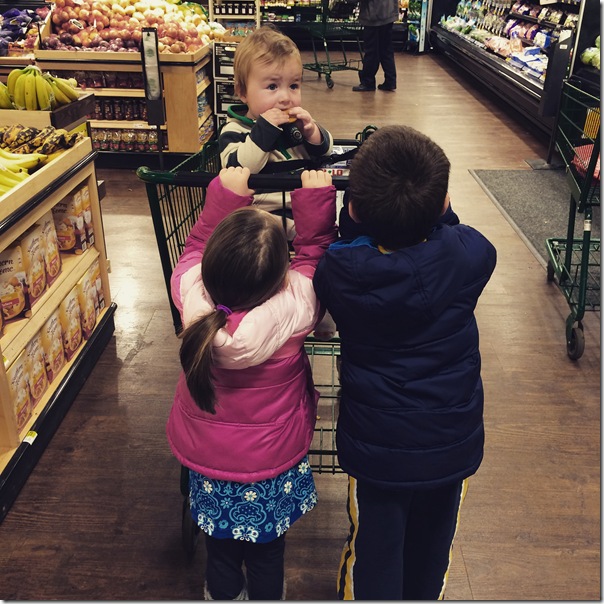 I can see the season we’re in now – the one where I get to share a theater show experience with my son, the excitement that I feel on stage HE now gets to feel.  I can see his 6-year-old brain churning out math problems and different ways to build with Legos and how to best tell Clara that her singing just “doesn’t sound right” (without hurting her feelings of course).  I can see the cowlick at his temple and the wiggly front tooth that’s bound to come out any day now.

And I can see future seasons ahead.  The tween Henry, the driving Henry (no!!!), the college bound Henry and then the married-man Henry.

But with a little sadness mixed in too.

Because it’s amazing.  This life.  This thing called motherhood.

But it’s also so heavy.  This weight.  The weight of three lives on my shoulders.  It’s THE hardest job I’ve ever had and yet the most rewarding.  The hours creep by but the years fly and in a blink, the season will have passed and you’ve moved to another.

So for today, I’ll sit and sip my coffee and look over his work.  I’ll try my hardest to commit to memory his face, those freckles, the special way he writes his 8’s.

And I’ll breathe in this season we’re in.

For it will be gone far too quickly.