Porter is half a year old.

Wait, what?!  It just boggles my mind.

Gosh, he’s such a great addition to our family.  I feel like I take a lot of pictures of him, maybe more than I did of the other two kids, but he’s my baby during the smartphone age.  Hehe.  With Henry and Clara, I had an old slide phone that took horrible pictures.  There was no Instagram or Snapchat.  The pictures I have of the older two were taken on a old Kodak camera that put the timestamp in the left hand corner.  I think I still have that camera – I’m sure it no longer works.  Just funny to think about – Porter will have TONS of baby pictures to pick from aka I’ll have tons of baby pictures to send to his college girlfriend.  (emphasis on “college” as that’s how old he’ll be when he even thinks about women.  I’m not even going there.)

There’s normally a “belly and striped underwear”-shot right here but I decided to lay off those for a while, remember?  I’m feeling back to normal in every which way!!  The only anomaly is that I’m nursing so my boobs are slightly bigger.

So we’ll skip right to the BABY! 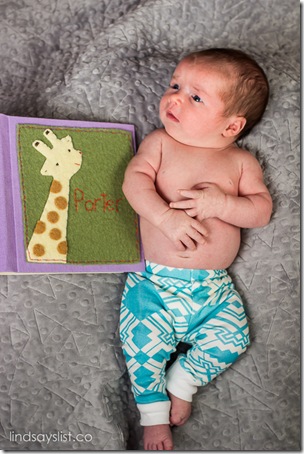 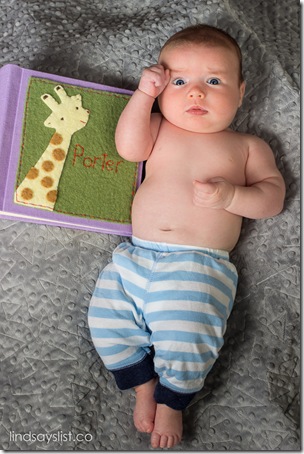 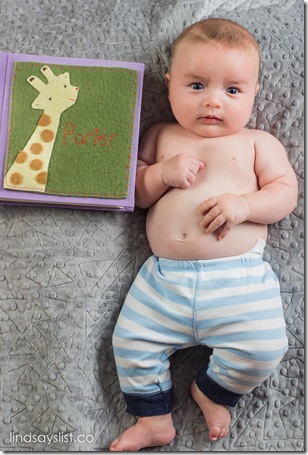 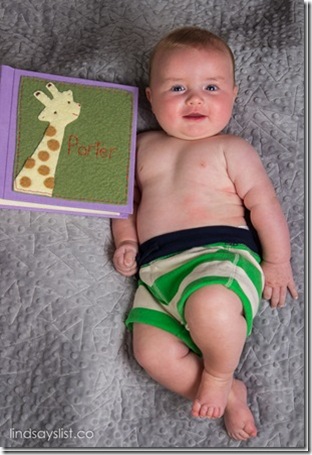 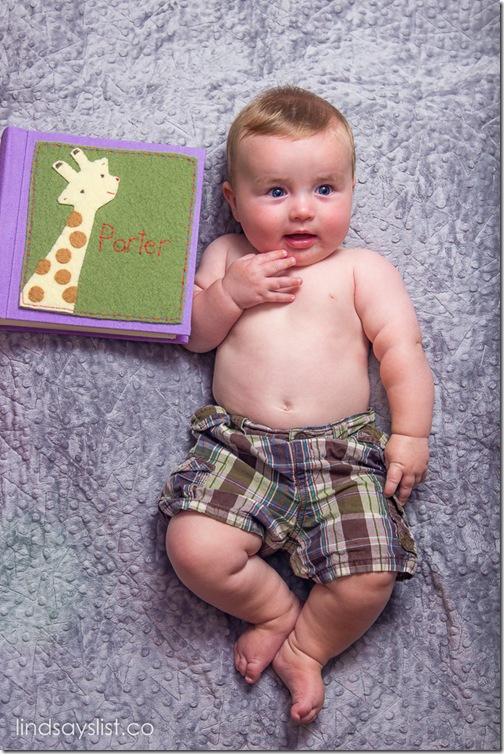 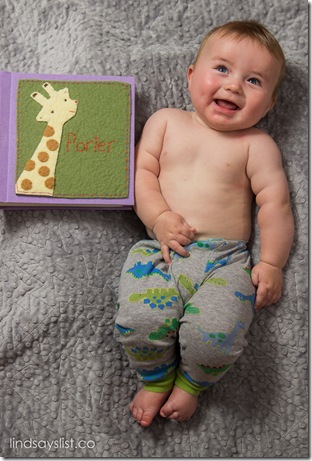 I always divide Porter’s update into three sections: EAT, AWAKE and SLEEP. We use (and have used for all three kids) the Baby Wise

method and it works well for us. If you thrive off of schedules like me, you should look into this book (I also recommend, “Secrets of the Baby Whisperer

.” Both books follow the eat, awake, sleep cycles that work well in my opinion!) 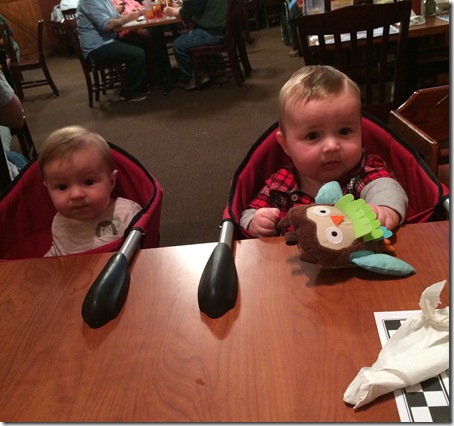 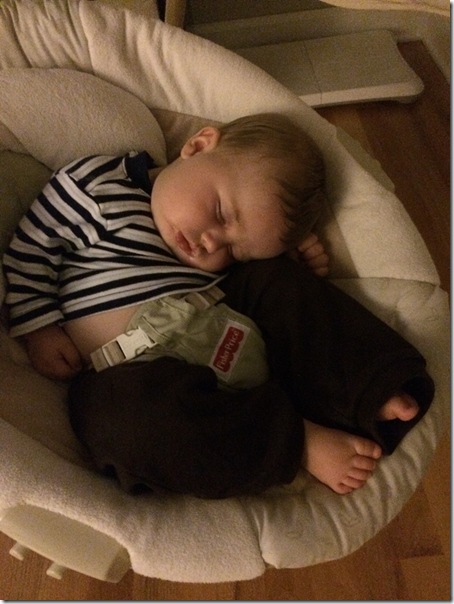