Last Saturday, Travis and I ran the Building Bridges Mud Run in Waynesville, North Carolina!  We had a muddy good time!  A FIT DATE, if you will.  Before I get into my tips for surviving your first mud run (this was actually our second), I’ll review a little bit about the actual race in case anyone might want to run it next year (you should!  with ME!).

This race was VERY well organized!  All parts, from registration to chip timing to swag bags and the finish-line organization were on point.  Since this was the inaugural year, I was very surprised with how smoothly everything ran (it’s hard planning for 300 people).  There was even a guarded place for personal belongings (which was how I was able to take some of the pictures that I got on my phone!). 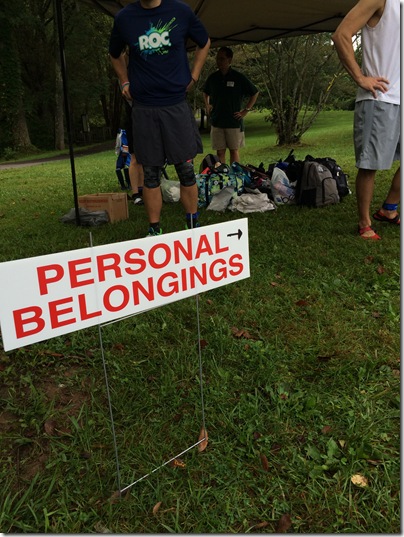 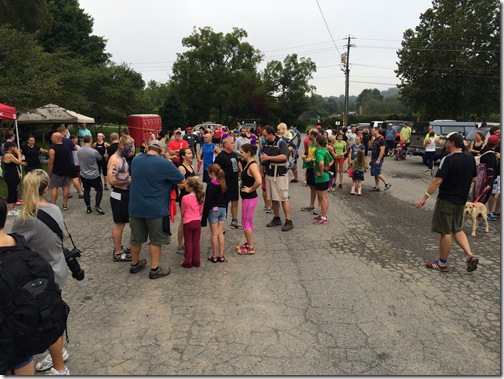 If you’re going to sign up for a mud run, you expect two things: MUD and obstacles.  Travis and I were VERY happy with the difficulty of the obstacles.  There was a good variety that challenged us in various ways.  I believe this course had 13 (?) obstacles.  My favorite? The Monkey Bars!  (even though I fell crossing them because they were SO wet…landed with a huge splash in a mud pit!) 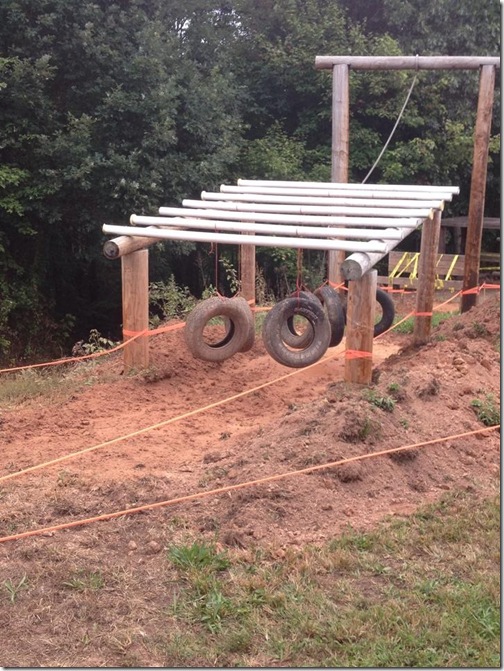 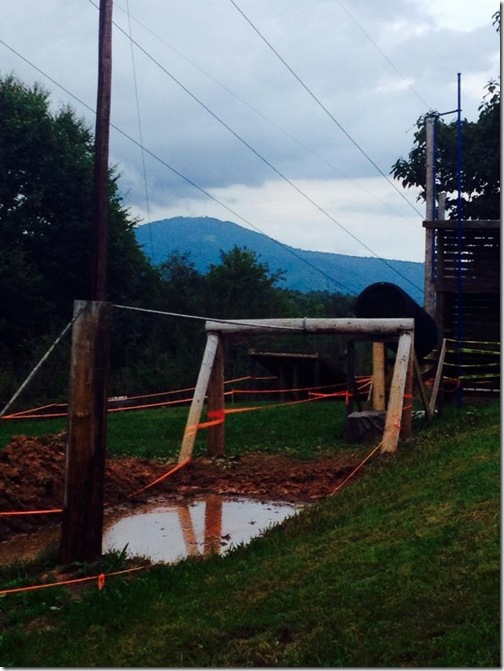 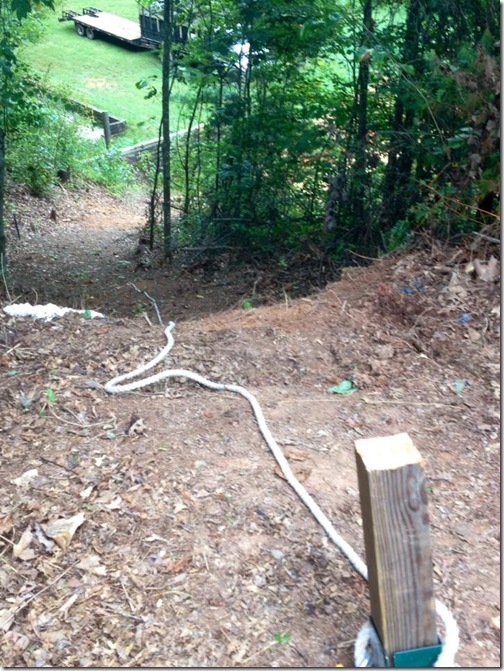 Not only did the finish line have a fun slip n’ slide to end the course with but we were also blessed with custom soap from the Hazelwood Soap Company, free water, free bananas and complimentary towels.  Perhaps the best part: being sprayed off with the fire truck hose!  My entire bottom half was caked with mud but the fire truck hose helped take almost all of that off (which made driving home much cleaner). 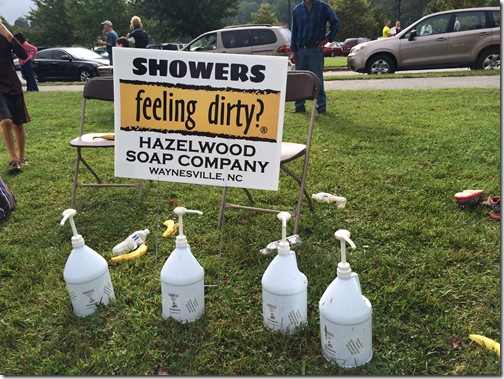 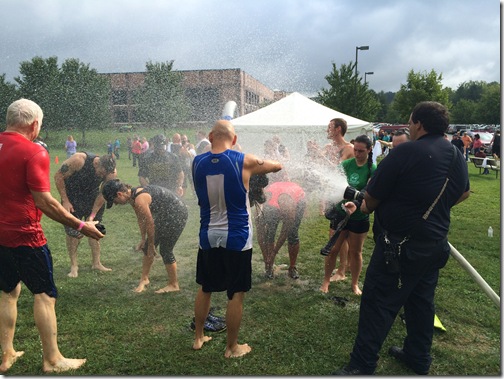 We were told that the course would be 3.5 miles long.  It actually ended up being right around 2.25.  Travis didn’t mind a bit.  While the hills and obstacles made it hard, I did feel a little shorted on the distance.

Nearly all of the obstacles were clumped together in one location.  I’m sure this had something to do with the land owner (they had to create a lot of mud pits on someone’s land) so it wasn’t really a big deal.  The race would have been better had the obstacles been better dispersed throughout the run.

Those were my only two complaints!

Overall, I highly recommend any locals to run this race (the 2015 date has yet to be released).  I know that Travis and I will come back for it!

A big thank you to my mother-in-law for watching the kids while we ran!

Now for some tips on running your first mud run!  Like I said, this was actually our second mud run.  The first was the 2011 Warrior Dash in Mountain City, GA.  Travis, Katy and I ran that race and had a great time.  A mud run is simply a race (usually 5k, but there are some longer distances) that involves obstacles and a muddy course.  People usually don’t race them for time but rather come for the atmosphere and energy that surrounds the race.  They’re just REALLY fun!  Here are seven tips that you should know before getting muddy! 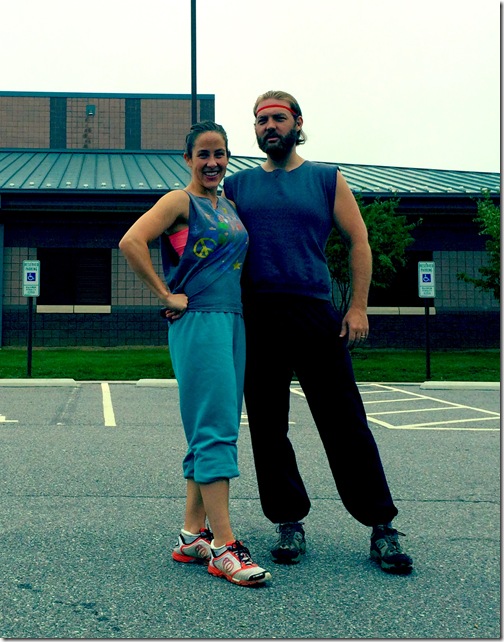 See those sweatpants.  Don’t wear those.  Worst idea ever.

One of the first “obstacles” was fording a river.  That part was easy.  Getting out of the water and then running with super soggy, non-wicking pants was the tricky part.  It literally felt like I was wearing 20 pound ankle weights (and if calf weights were a thing…those too).  Next time I’ll wear long pants or capris that fit snuggly!  A tight fitting top would probably be best as well – you don’t want it to get snagged on anything.

2.  Wear shoes & clothes that you can throw away. 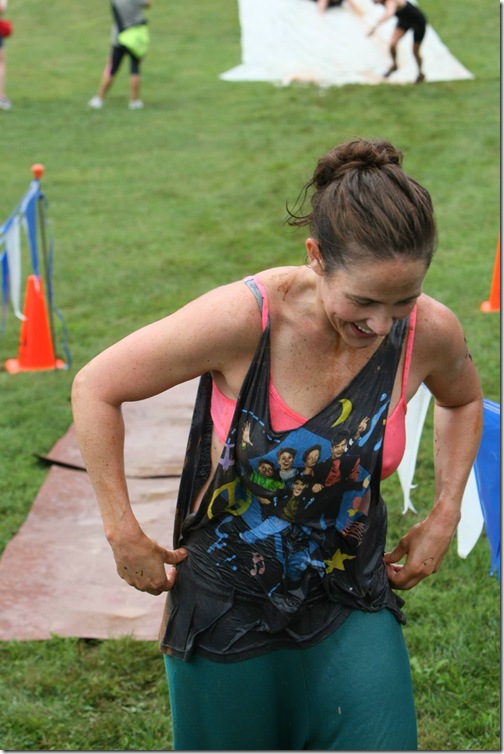 If you’re like me, you’ll want to wear items that you can easily TRASH or DONTATE when the race is over!  Sure, you could try to clean everything off and salvage the pieces but I don’t like putting mud into the washing machine.  We went to the thrift store and spent $4 total on our race outfits.  Buy items that you won’t mind getting muddy.  Wear the oldest pair of shoes you have too– many races actually collect the used shoes at the finish line and donate them! 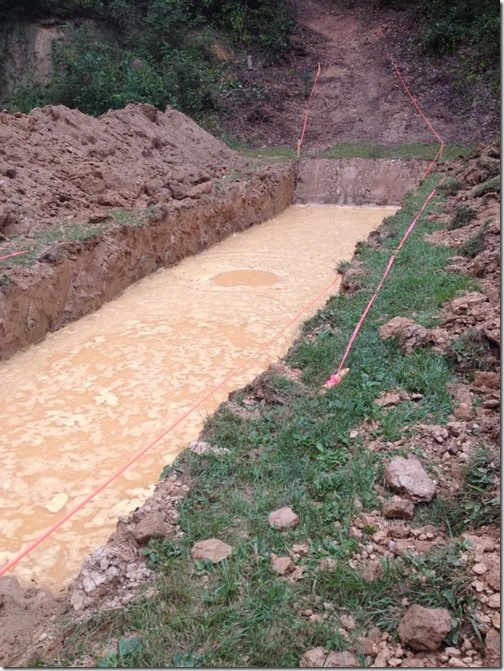 Seems like a no brainer since you just paid money to play in the mud but you’d be surprised how many people tried taking the “non-dirty” route through some of the obstacles or on the race path.  Travis and I laughed at the start line as people were stopping in front of us to avoid some mud puddles.  Umm….you’re about to spend 30 minutes in the mud but you’re freaking out about your shoes a minute before the gun goes off.  It was funny.  The race will be WAY better if you get as dirty as possible! Trust me!

4.  Bring a full change of clothes + a towel for the ride home!

Even if you choose to keep your muddy race clothes, you’re still going to want a fresh change of clothes for the ride home.  We traveled 45 minutes to the race and I was so thankful for a new outfit (shirt, pants, undies, bra) and a pair of flip flops for the return home.

Travis’ tip.  He wore his wedding band (didn’t want the ladies to get any ideas) and it nearly fell off when it got wet and muddy.  Leave your jewelry/keys/phones at the starting line! 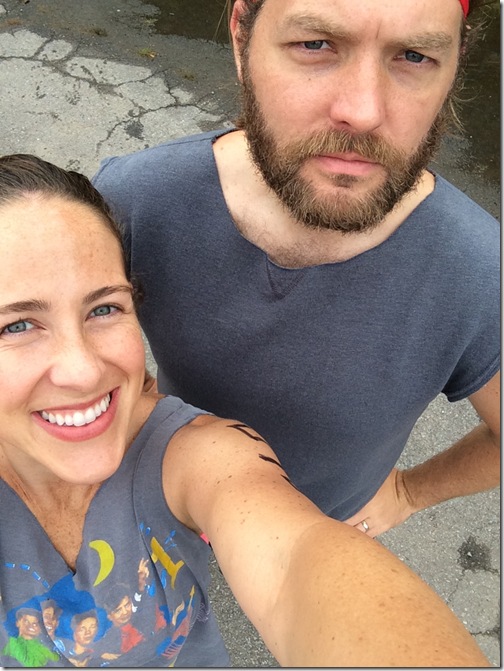 If you can possibly avoid it, don’t race alone!!  The best part of running over tires, jumping over hay bales and crawling through tunnels is doing it WITH someone else!  You laugh, you cry, you get mud in your eyes and then there’s someone there to wipe it out.  Since you’re not concerned with keeping a certain pace or hitting a finish time, you can have fun out there.  Do it with someone else!  <-this is my philosophy on ALL fitness but that’s a different blog post.

In the same vein, come up with a creative outfit and team name for the race!  Building Bridges actually gave away prizes for the most creative team name and the most creative costumes (we didn’t win – I’m not really sure what our costume theme was.  Maybe ”Sweatpant-astic”?!?  Yeah that works).

Like I said, we went to the thrift store in search of a costume to wear.  It was slim pickins, my friends.  I think if you lived in a larger city it would be much easier to find cohesive pieces for a team costume but all we found were ratty shirts, old pajamas and sweatpants.  We just went with it and took some scissors to everything to “customize.”  Wish I’d had a Bedazzler….. 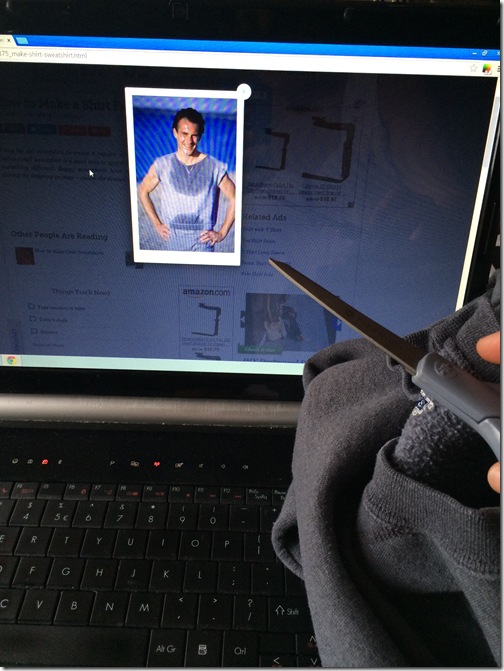 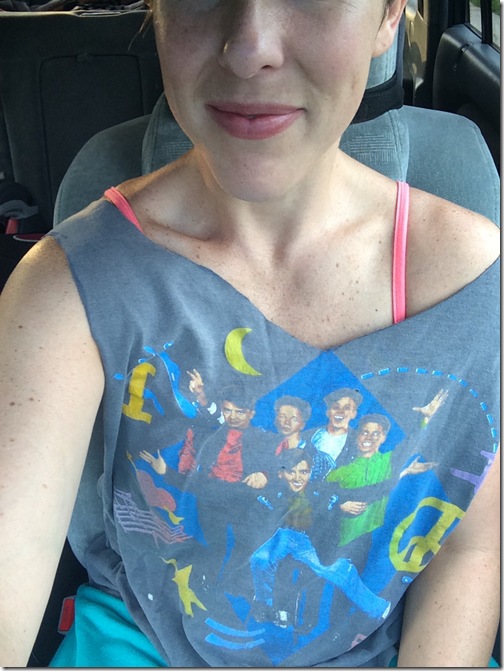 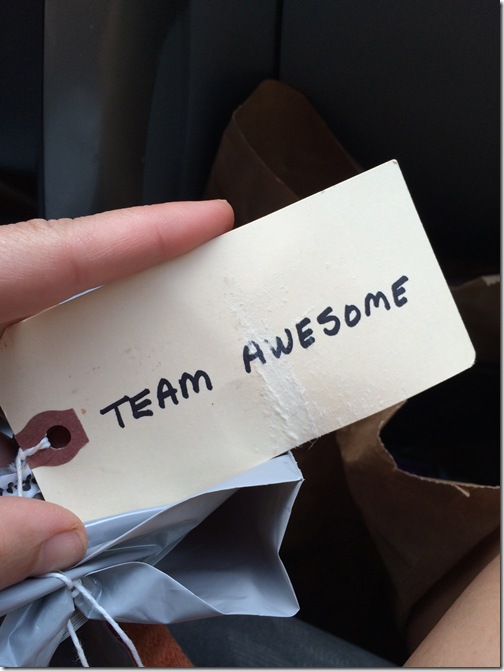 My last and most important tip:  HAVE FUN!!  You paid money to go run in the mud.  Have fun with yourself and your team.  Be silly.  Make up a song or team chant.  Do whatever you wanna do for 3 miles.  I PROMISE – you won’t be the most obnoxious person there. 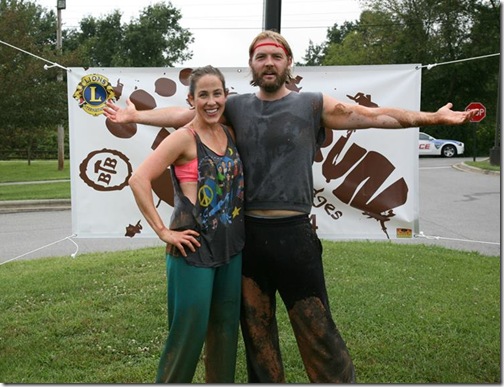