Thanks for stopping back by after yesterday’s “blackout”.  Actually, Lindsay’s List had one of her biggest days ever and I didn’t even write a post?!?!

What does that say about me??  Hmmm…

Unless you’re living under a rock, you’re already aware that yesterday thousands (millions?) of websites across the country and world, “blacked out” as part of the campaign to oppose SOPA and PIPA.

I just used yesterday as an excuse not to blog during nap and rather, watch a Desperate Housewife rerun.

A little video to sum up what’s going on:

PROTECT IP / SOPA Breaks The Internet from Fight for the Future on Vimeo.

The video above discusses the Senate version of the House’s Stop Online Piracy Act (SOPA). In the Senate the bill is called the PROTECT IP Act (PIPA). SOPA has gotten more attention than PIPA because it was moving faster in the legislative process. But PIPA is just as dangerous, and now it is moving faster.

PIPA would give the government new powers to block Americans’ access websites that corporations don’t like. The bill lets corporations and the US government censor entire websites and cut sites off from advertising, payments and donations.

The bill is scheduled for a test vote in the Senate on Jan. 24th

Pretty important stuff for anyone who uses the internet IN ANY CAPACITY.  Reader, writer, consumer.  I’m supportive of our government and I know that God has his hand over this country, but I think the government is crossing a line. 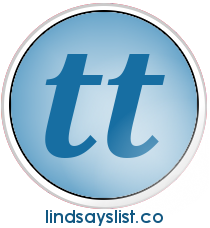 Continuing in our “My Go-To” Series, the theme for this week’s Tuesday Trainer is “My Go-To Time Saver”.

When you’re at the gym, what move do you do to target more than one body part to save time??  I’m thinking compound moves.  I’m thinking total body moves.

An observation:  Objects in video may appear larger than they actually are.  Aka, my honking nose!!

But not my biceps.  Those are actually bigger in real life.

**DEADLINE for submitting moves is Monday night, the 23rd, at 8pm EST. Again, go here to learn how to upload your video!***

I’m off to go do my run on the treadmill.  Something if so very wrong with having to run on a machine and not outside.  Blasted cold weather!

QUESTION:  Brag about yourself.  Leave a link to your best post from the last two weeks.  Tell me why I should read it.